A Risk Worth Sharing 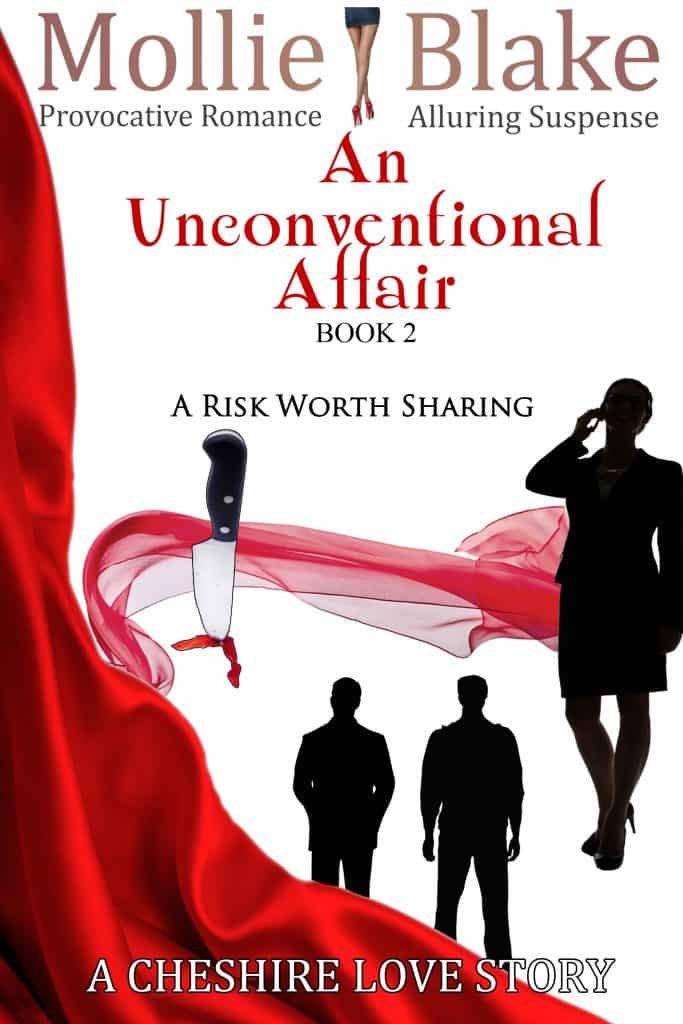 A Cheshire Love Story
2
Romance, Erotica
This second part of An Unconventional Affair finds Barrington Stone working in Australia for a year. Tranquility “Tee” Hammond, fifteen years his senior, has ended their affair, but for Barrington it was never over. He can’t wait for the year to pass to go back to her. However, after a drunken encounter, with a woman he later discovers is a sex worker, his life is changed forever. How can he possibly leave Australia, now that he has a daughter? After accepting that Barrington won’t be coming back to the UK, Tee rekindles her relationship with the charming-yet-unconventional Sebastian Chandler, owner of a motorsports racetrack. Although living with Sebastian is “complicated” and life for the couple isn’t perfect, they are settled and Tee is happy. But everything changes when Barrington returns. Tee’s heart is in turmoil, and Sebastian is afraid he will lose the woman he loves. As the plot thickens and twists unravel, Barrington must decide if there is one risk worth sharing.

Welcome back everyone, I know it’s been a busy week for reviews but I’m hoping you’ve been looking forward to this one if you read the review of the first book. For those of you who have been following since August 2018 you’d be familiar with the first book in this series and that I quite liked it.

So naturally, when I was offered a place in this tour since I’d read the first book, I figured I had to know what happened next. Who wouldn’t want to do that?

In this book, we go back to where we left off the first books; and work our way forwards with a few skips between locations and times to begin with. Barrington is still in Australia and ends up staying MUCH longer than initially planned.

Meanwhile, Tee remained in England having to repair the ruin of her life after she was almost killed in her own home. Luckily, an old friend was happy to help her regain a semblance of control and normalcy.

Once we see how they each fared in their first year apart, we skip forward 8 years briefly before skipping ahead another 2 years. This means that there are often gaps in how relationships have formed, developed and changed between the various characters.

Initially I was a little bit confused because we kept jumping between a few different times during the first year of Barrington’s stay in Australia. There weren’t any dates, so you just had to kind of guess how far back or forward you had moved.

I was also a little bit confused by one of Barrington’s relationships. Was this done as a way to be more inclusive?

I just felt like it’s something that most people wouldn’t do. Why would they suddenly change who they are and what they are ok with, with no previous indication that they felt this way? Like, not even any internal thoughts, lusts or whatever that they then try to suppress?

It just felt awkward until I read about another character and then I guessed what the outcome of the story was going to be (to a point).

I did change my mind on Barrington’s odd relationship choice by the end of the book. Rather than it being weird. It felt like a total set up that ruined the final relationship formation for me. I literally knew exactly when and how it would get together which ruined any surprise I might have otherwise felt.

I liked the excitement towards the end of the story. It created a tension that was unexpected (although looking back I probably should have expected it) in more ways than one. We saw relationships tested, people broken and the effort it takes to heal after an event like that. To a point.

Over all I was a little bit underwhelmed compared to the first book. I’m not sure if I built up the first book in my head or not. But I felt like it just didn’t quite live up to the hope I had considering how much I enjoyed the first book.

Thank you for reading and I hope you enjoyed this review, on Monday I will be reviewing At the End of Summer by June Moonbridge.

Mollie Blake is a published author of contemporary romance. A lover of reading sexy stories, Mollie decided to go one step further and write her own. Her romances are filled with danger and peppered with hot sexy scenes. She is a member of International Thriller Writers and UK Romantic Novelists Association.

This review contains affiliate links you can use to purchase the book. If you buy the book using that link I, or the author, will receive a small commission from the sale. This comes at no additional cost to you.
.com
.co.uk
.com.au
Book Depository
PrevPreviousThe Earl’s Irresistible Challenge – Lara Temple
NextAt the End of the Summer – June MoonbridgeNext

The Christmas books are well and truly underway and I just love the idea of a white Christmas in a country town cottage.

4 Replies to “A Risk Worth Sharing – Mollie Blake”