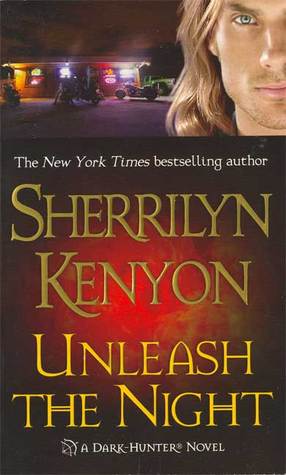 Dark Hunter
8
Fantasy Romance
It’s a predator-eat-predator world for the Were-Hunters. Danger haunts any given day. There is no one to trust. No one to love. Not if they want to live… An orphan with no clan that will claim him, Wren Tigarian grew to adulthood under the close scrutiny and mistrust of those around him. A forbidden blend of two animals – snow leopard and white tiger – Wren has never listened to anyone when there was something he wanted. Now he wants Marguerite. Marguerite D’Aubert Goudeau is the daughter of a prominent U.S. senator who hates the socialite life she’s forced to live. Like her mother before her, she has strong Cajun roots that her father doesn’t understand. Still, she has no choice but to try and conform to a world where she feels like an outsider. But the world of rich and powerful humans is never to meet the world of the Were-Hunters who exist side by side with them, unseen, unknown, undetected. To break this law is to call down a wrath of the highest order. In order to have Marguerite, Wren must fight not just the humans who will never accept his animal nature, but the Were-Hunters who want him dead for endangering their world. It’s a race against time and magic without boundary that could cost Marguerite and Wren not just their lives, but their very souls…

Welcome back to another week of our Dark Hunter series! This week we are exploring the story of another Were-Hunter.

This particular book is following Wren, who up until now has only been seen as a quiet, anti-social tiger-were, who no one seems to know anything about other than he turned up some time ago with a monkey in tow. Our other main character is Maggie, the daughter of a prominent US. Senator and is completely human.

When Maggie goes to Sanctuary to celebrate Nick’s life with her other uni friends Wren happens to see her and is instantly drawn to her. Since he never talks to anyone, let alone a human, it’s amazing that he says anything to Maggie at all. She leaves her purse behind accidentally after her friends pick a fight with Wren which triggers him to find her the following day to return her purse. At this stage I was wondering why he was interested in Maggie since according to what I knew already about Were-Hunters he could never be able to have kids with Maggie. And more importantly, a Senators daughter is not someone that should be introduced to the Were-Hunter world.

After a few more altercations and a hunt being called on fro Wren’s life Maggie and Wren run to the past. Specifically to days before Wren is orphaned. While there Maggie learns that Wren is half white tiger and half snow leopard therefore allowing him to have 4 forms rather than the typical 2 forms a Were-Hunter has. At this stage I couldn’t believe Maggie was still around. Not only had she discovered this in the worst way possible when he passed out and turned into a giant half white tiger and half snow leopard on her living room floor. Only to then get dragged into his man hunt.

Because of this he is a half breed he is much more powerful than most Were-Hunters, and something his dad had realised. Unfortunately he realised it too late to communicate this to Wren before he died. Good thing is he was working to try and fix this at the time of his death, and although he wasn’t able to fix this at the time. He certainly made up for it when Wren came back.

Good news is, thanks to some timely reminiscing Wren’s dad realises what happened the night Wren was orphaned and orchestrated the continuity of his family. Even though he mistakenly kinda ruined Maggie’s life (in some people’s opinion) he was able to save both their lives and make sure Wren was voted a free man once he returned to his own time.

Savitar, the omniscient being who overseas the Were-Hunters, gifts Maggie and Wren with the ability to mate and have children if they so chose. Which we find out is courtesy of Nick who was one of Wren’s few friends, and one of Maggie’s few TRUE friends.

The things that I really love about this book is how Wren really comes out of his shell and allows himself to be himself despite what everyone thinks about him. How he doesn’t let their opinions get him down or get in his way to become the man he wants to be. I also love the fact that even with Wren pushing everyone away in his time in need they refuse to listen to him and keep on helping despite his best efforts. One such thing was when Vane sent him back in time where his attackers couldn’t follow until the full moon (something that is explained in Vane’s book) to ensure they could get some time to try and figure out how to prove Wren’s innocence.

Even Maggie, who barely knows Wren sticks by him and refuses to be shoved out just because of who her father is. I love the fact that this book is all about feeling comfortable in your own skin, sticking by those people who are important to you and really pushing yourself to accept others for who they are. And not for who you want them to be. This is something that a lot of people don’t really do, and it’s something that I personally have really struggled to feel. And that is accepted by those around for me who I am not who they think I should be. It’s definitely gotten better with age, but I think that’s also from being exposed to more people and opening up to them a bit more about myself which I never used to do.

Anyway. Enough about me!

I hope you’ve enjoyed this review and I will be back next week to explore a brand new style of Dark Hunter books.

This review contains affiliate links you can use to purchase the book. If you buy the book using that link I, or the author, will receive a small commission from the sale. This comes at no additional cost to you.
.com
.co.uk
.com.au
Book Depository
PrevPreviousOne Summer Weekend – Juliet Archer
NextDangerous Waters – Anne AllenNext

A beautiful love story set in some amazing Australian landscapes that truly pulls on your heartstrings.

A story about a woman travelling to a new country to make a new life, with some twists and turns along the way. 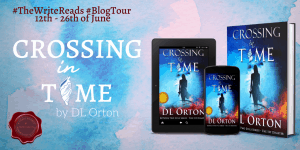 I’ve found myself a new sci-fi series to bring to you, special thanks to The Write Reads for introducing me to this one!