Sins of the Night 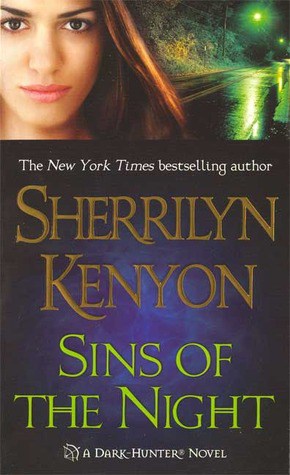 Dark Hunter
7
Fantasy Romance
In the realm of the Dark-Hunters there is a code of honor that even immortal bad boys must follow: Harm no human. Drink no blood. Never fall in love. But every now and again a Dark-Hunter thinks himself above the Code. That’s when I’m summoned. Who am I? I’m the one thing the fearless fear. Step over the line and it’s my wrath you will face. Nothing can touch me. Nothing can sway me. I am relentless and unfeeling. Or so I thought until I met a female Dark-Hunter who goes by the name of Danger-it’s not just her name, it’s how she lives her life. She doesn’t trust me at all. And who could blame her? She alone knows that I’m here to be judge, jury and most likely executioner of her friends. Yet she is my key to saving some of them. Without her, they all will die. Dangereuse St. Richard is a deadly distraction. Something about her is reawakening a heart I thought was long dead. But in a race against evil, the only hope mankind has is that I do my duty. And how can I do my duty when it means that I will have to sacrifice the only woman I’ve ever loved?

Welcome back to our Dark Hunter series. This book is the first one that really challenges the history that we know and our perceptions of the characters we have already formed. Yes, the previous book Seize the Night reminded us that not everything is as it seems when you only have a part of the story. However we start this one off with a mutiny against Acheron, the Dark Hunter leader. According to this book this happens every few hundred years when the Dark Hunters get bored.

However the main difference between this one and previous ones is who is leading the mutiny. This difference is that Marco is one of the oldest Dark Hunters. Literally Acheron found out about the Dark Hunters after one had already died, however Marco was there when Acheron went to them and firs met what we now know of as Dark Hunters. So to have him rebel against Acheron and the Dark Hunter organisation really puts Acheron in a bad position.

Alexion is then to Earth during these uprisings to determine the level of mutiny and to kill all those that don’t accept Acheron’s rule. Since the survivors memories are wiped at the end of the interaction there is no fear of any of them remembering Alexion and passing on knowledge of him to any other Dark Hunters. So when Marco is able to describe Alexion pretty much to a tee to Danger, she freaks out understandably and tries to get her Squire out of her house and to safety.

Danger and Alexion have a bit of a clash of the wills, especially when Danger tries to kill Alexion by stabbing him in the chest and he dissapears. Only to reappear seconds later. Which obviously scares Danger even more since she can’t get rid of him or kill him and yet from what Marco said he was there to kill her.

Luckily cooler heads prevail and after a lot of Daimon killing, sex and demon taming (trust me you’ll find that part funny) Danger and Alexion are a veritable couple. Until the night to confront Marco dawns (or sun sets?) at which point Alexion is able to truly confront the face of the current rebellion. And Marco soon backs down when he hears Alexion’s tale of what REALLY happened to him the night Acheron arrived and a little bit about his life since.

Bloody Stryker (you will remember him from previous books) turns up and starts killing them all making it a bloodbath of dead Dark Hunters. Including Danger.

At this point in time I was really worried. How could this book end without a happy ending?! Let’s just say I COULD NOT put this book down until I figured out how it ended happily! And I was not let dissapointed either.

It definitely wasn’t the typical ending that I’d come to expect, but neither was it a sad ending. Simi found she had a sister she didn’t know even existed (and the sister was way happier about this than Simi), Danger and Alexion ended up “together” as much as 2 dead people can be. And Acheron’s identity is kept safe and secret for another day.

I can’t say that this is a book I look forward to reading. However it does make a few pieces fall together that I didn’t really understand previously. Personally I feel that this book is more of a wider character development book than a great stand alone book like many of the others. And I feel that this is true more so because it wasn’t until Danger died that I really felt myself getting involved, which is right near the end of the book. If I was going to get involved and really love the book it needed to happen earlier than the end.

Yes, there are some great comical moments which I loved. But overall it felt more like a filler book compared to some of the others in the series.

Next week’s book is one of my favourites so I’m really looking forward to writing that one for you!

This review contains affiliate links you can use to purchase the book. If you buy the book using that link I, or the author, will receive a small commission from the sale. This comes at no additional cost to you.
.com
.co.uk
.com.au
Book Depository
PrevPreviousBehind the Door – A. Gavazzoni
NextOne Summer Weekend – Juliet ArcherNext

One of the best things about reading books set in Australia by Australian authors is the way they describe the land and the smells.

We’re at the end of another trilogy. Now 9 books into the same three year time period and the same events. Does it keep me interested like the other 8?