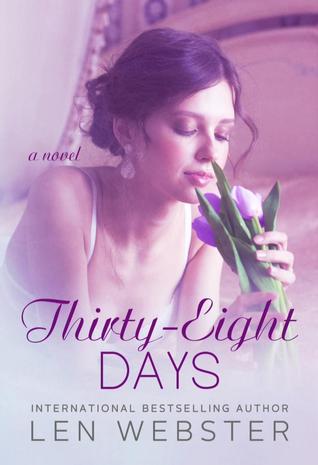 Thirty-Eight
1
Contemporary Romance
Ask yourself, how many days does it take to fall in love? Nolan Parker and Clara Lawrence never saw eye to eye. In fact, if you asked Clara she would tell you that Nolan hated every thing about her. They never shared any form of connection besides Alex Lawrence. She was Alex’s bratty sister and he was Alex’s best friend, they never stood a chance. Five years have passed and almost 12,000 miles have kept them separated, both…

This book got me in so many ways that very few books do, and I love that it didn’t give me the typical happily ever after that so many romance books strive for. Which makes it unexpectedly engaging for someone like me who normally guesses what is going to happen before it happens. So let’s jump into the book now!

We start of with a memory of a young Noel and even younger Clara, as innocent as can be and as sweet as can be. At this stage I guessed the book was a boy (Noel) meets girl (Clara) and when they are older they move into a romantic relationship and live happily ever after!

Fast forward 15 yrs and we get to Noel who now lives in Boston and has been living in America since he graduated high school. At the time we get to him he’s preparing to take an 8-week holiday back to Melbourne, Australia with his best mate Alex. That is until Alex calls to tell him he can’t make it and wants Noel to go back to Melbourne as planned, but now he wants Noel to stay with his little sister to make sure she’s ok since going through a bad breakup. Noel ends up accepting for the sake of his best friend, since he has to stay in New York because of a court case he’s caught up in.

Then we move to Clara, and we will keep switching between Noel and Clara throughout the rest of the book. When we get to Clara we find her finishing up her final uni exams for the yr and looking forward to going home to wallow in her self-pity at being newly single. We find out that Clara considers herself a loner with no friends even though Annie, Stevie and Jarrod try to get her to open up to them and accept that she is a part of their friendship group.

Next thing Noel has arrived in Melbourne to sweltering heat and meets Liam while heading in to Clara’s apartment building. Liam chats to Noel and they hit it off as buddying bro-mance straight away. Liam mentions that there is a hot brunette living on the same level as Noel’s “mate” and Noel’s sexual interest is immediately peaked. Then of course, because Noel is a typical Aussie bloke, he puts his foot in his mouth because he hasn’t seen Alex’s little sister since he left for America. And turn’s out Clara has turned into a beautiful woman that Noel is instantly attracted to.

For the first half of the book Noel and Clara are fighting their attraction to each other and avoiding the other as much as possible. The final straw for this was when Noel forgot about Clara’s birthday after having a great dinner with her and leaving her to pay the bill herself and then walk home alone from Lygon Street while he catches up with his ex and then taking said ex back to Clara’s apartment to have sex with her while Clara ends up sleeping outside in the courtyard to avoid hearing them.

This mistake does however tip Clara over into being mad at Noel and that forces Noel to kiss Clara as an explanation of why he’s been so awful to her for so long. Now I don’t know about you, but if I was yelling at the guy I like coz he’s been a complete ass hole then I’d be even more pissed off if he then tried to kiss me. And yet Clara has the poise and control I don’t, and she simply turns around and walks out of her apartment to get away from Noel.

The next 30 odd percent of the book seems like everything is going well once Noel rescues Clara from a dive bar. They are super in love, doing cute dates, Noel even goes out of his way to show Clara how much he loves her by finding a trinket he bought for her before she was even born. The final 2 days before all hells breaks loose we know Noel spends the day making phone calls. Now they never actually confirm what these calls were, but I think that they were calls to his boss’s in America to resign, to his landlord to end his lease and to organise for all his stuff to be moved as well as to start the search for a job in Melbourne.

What we do find out at the end of the following day is that he organised a custom-made engagement ring for Clara that truly represents their love. Only to have Clara end it because she won’t let Noel explain what happened when she was told a lie by a spiteful ex and saw another ex kissing Noel for a split second. We get to hear how both Noel and Clara handle this heartbreak and I found myself wondering how and when they’d make up as I crept closer and closer to the end of the book. By the time I got to 90% complete with Clara dating Liam and Noel planning to ask some new girl in Boston out I found myself wondering what miracle would happen to bring them together for their happily ever after.

Only to find out that they don’t have one in this book! My first thought was “thank god! It’s not another sappy love story. It has a girl too afraid to really let people in who just want to be her friend, let alone want to love her. And she’s learnt how to protect herself from others”. However, at the same time I couldn’t help but feel that this resonated with me.

I’ve always been fearful of letting others in, of sharing secrets about myself and who I really am in case these get used against me to hurt me. And it made me reconsider if Clara is only setting herself up for more pain by doing this. Whereas Noel was ready to open himself to this pain and got burnt. But he accepted this and is doing the best he can to move on and mend his broken heart. And this is what I will take from this book.

But stay tuned for book number 2! Because turns out this is just the first book and Noel and Clara’s story isn’t over yet! But next week I will be reviewing “Bleddyn Hall” by Amanda L.V. Shalaby.

This review contains affiliate links you can use to purchase the book. If you buy the book using that link I, or the author, will receive a small commission from the sale. This comes at no additional cost to you.
.com
.co.uk
.com.au
Book Depository
PrevPrevious47 Things – Lilliana Anderson
NextBleddyn Hall – Amanda L.V. ShalabyNext 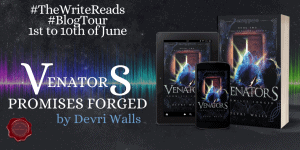 A magical fountain, a widow needing to date for the first time in five years and a whole host of men! Nothing could go wrong, right?

The Autobiography of Satan – William A Glasser

Welcome back and a Happy New Year everyone, this is the first book I am reviewing from a new source, and in the new year