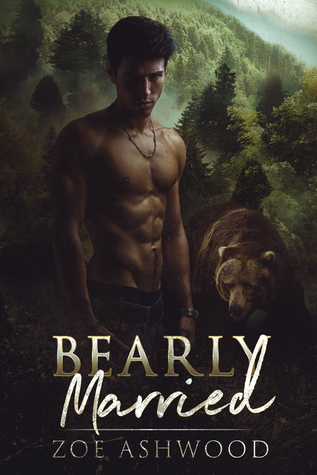 Shift
0.5
Paranormal Romance
Love is a great reason to marry someone, but so is desperation. Alexandre Thibault needs to marry an heiress: his clan’s finances are decimated, and his cousin is challenging him for leadership. He has even found the perfect woman—a pure-blood bear shifter with a hefty dowry—though he never expected the attraction between them. Christine Bergeron will do anything to escape her family home, though exchanging the city for the Canadian wilderness isn’t as easy as she’d imagined. Especially when she’s in danger of losing her heart to a man who might never love her back. But as enemies threaten their family, Alexandre and Christine will risk everything to keep their safe haven.

Welcome back everyone, I hope you enjoyed my latest author request. I read this one directly after Truth or Bear because I just needed more. More shifter stories, more of this world. And of course, knowing who the main characters are I was interested to see how they’d start.

So, I signed up to Zoe’s newsletter list so I could grab a free copy AND know when new books are coming out, in case she doesn’t want me reviewing them anymore… Let’s hope that doesn’t happen coz I really like this series!

Going into this one I thought it was a short story, not a novella. So, I was expecting the pace to be quicker than it was. I realised pretty quickly when the story wasn’t moving along quick enough and there was a layer of romantic build up, but also tension.

Silly me thought I would finish it on my way to work then smash out the 2 other reviews I needed to write and this one on my way home, and the following days commute. Needless to say, that was taken up by this one coz the story was gripping!

The sweetness of Christine really draws you in. Especially when it’s contrasted so nicely with Alexandre’s stern, serious and desperate disposition. The way Zoe had their personalities building and developing together was so sweet. And very reminiscent of a shorter story. So I’m glad to kept this one to a novella rather than a novel.

I was a bit confused to begin with since I thought Alexandre and Christine’s marriage was arranged, as in their parents arranged it for them. Not arranged as in Alexandre sought heiresses and interviewed them until he found one, he was interested in. So, I was a little thrown by that.

I was also thrown a little bit by how much control/input Christine had to the organisation of the marriage. But the fact that she still had some spunk to her was awesome.

I’m not going to say anything more on this now, because otherwise I’ll ruin the book for you!

If you’re reading this one as a prequel (like you’re kinda meant to) it gives you a hint of what’s to come with the series. But on a much tamer level.

Whereas if you’ve read the series (or what’s out so far) like I have. You’ll probably find yourself wondering if a certain evil person will pop up in this book.

If that’s you. Give up. It’s not happening.

I was hoping it would coz I wanted to understand them better. But it proved futile so please don’t get your hopes up.

I also found that this story followed a romance kind of story plot, rather than a paranormal one. I don’t know if I can quite explain it. But all the paranormal books I read tend to have a slightly different feel to the straight romances I read. And this felt closer to a straight romance to me.

Thank you for reading and I hope you enjoyed this review, next week I will be reviewing Son of the Moon by Jennifer Macaire.

Against All Odds – Craig Challen and Richard Harris

My final book for the Aussie Author Challenge and it’s a great one!

Made to Break Your Heart – Richard Fellinger