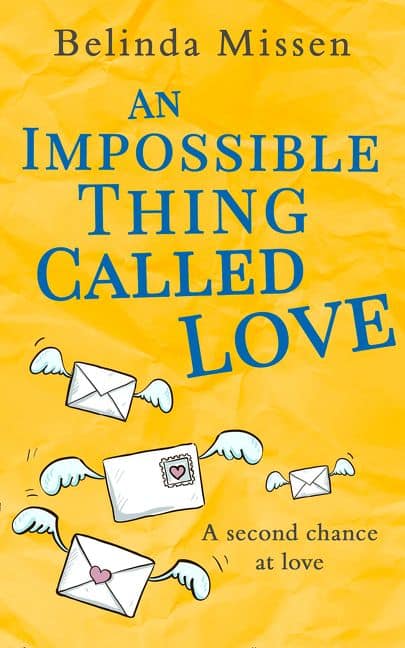 Contemporary Romance, Chick Lit
A second chance at love… When globe-trotting Emmy first fell for first-aider William on a freezing New Year’s Eve, she really believed that their love would go the distance. But when she returns to Australia, her letters start to go unanswered and her emails bounce back unread, Emmy decides it’s time to pick up the pieces of her broken heart and start afresh in London. So she’s shocked when William walks in on her very first day at her new job! Even worse, he’s hotter than ever. But why did he disappear for so long? What has he been hiding? And could this really be their second chance at falling in love…?

Welcome back everyone, I hope you enjoyed the summery feel of The Italian Retreat on the Italian Lake. This week’s review isn’t quite so summery, but it does involve two countries again, and a holiday fling.

I quite enjoyed the way this one was written. There was a magical feel to it that made me wish I had the guts to up and move to London, like I wanted to for a while there.

Also, a holiday fling that actually wants to stay in contact just has a magical quality to it. The touches of that magic scattered throughout the story really kept me engaged throughout the whole book.

Right at the very start of the story I thought we might have been in some ancient Viking town or city during a festival. That just shows how recently I’d read the blurb doesn’t it? Coz it was, in actual fact, set in Edinburgh in like 2010 NYE.

One of the magical qualities of this book was the way Emmy and William hit it off as he helped her after receiving a punch in the face. They just seemed to have instant chemistry and it seemed a given they’d get together. Until they parted ways and didn’t exchange numbers or emails or anything.

When they kept running into each other I started to think maybe it would work out. But then it all seemed to fall apart. I felt really bad for Emmy at this point. I’ve lost a good friend when they stopped responding so I can empathise with how she would’ve been feeling. And it made me connect to her even more.

I really liked that the issues that pop up in real relationships was what made these ones difficult. Lack of communication, a feeling of getting left behind, not wanting to look like you can’t hack it. And even the desire to prevent someone else from ruining the relationship so not talking about that person.

If I hadn’t have read a tinsy bit of the acknowledgement (I normally skip these) I wouldn’t have realised that this is actually one in a series. So, I will likely try and ferret out those books and add them to my every growing (it was already ridiculous) TBR pile.

Seriously, if someone could just pay me a decent salary to not work and just get through my TBR pile then maybe I will get them all read along with the rest of the series for those that I liked.

Thank you for reading and I hope you enjoyed this review, next week I will be reviewing The Consequence of Loyalty by Trey Stone.

Continue to read further down to find out about the author and any extra giveaways available.

Belinda Missen is an award-winning and best-selling author, screenwriter, and freelance writer from Geelong, Australia. She lives with her car-obsessed, but wonderful husband, two loopy cats, and more books than she cares to count.

In late 2017, Belinda signed a six-book contract with HQDigitalUK (HarperCollins). A Recipe for Disaster was released in August 2018. An Impossible Thing Called Love appeared by magic in November 2018.

This review contains affiliate links you can use to purchase the book. If you buy the book using that link I, or the author, will receive a small commission from the sale. This comes at no additional cost to you.
.com
.co.uk
.com.au
Book Depository
PrevPreviousTV Shows or Movies adapted from Books
NextTamora Pierce – The Circle UniverseNext

The final book of The Circle Opens quartet ends with Tris further away from home than any of the others doing more than the others.

One Reply to “An Impossible Thing Called Love – Belinda Missen”