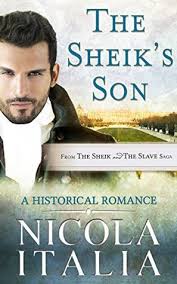 Historical Romance
Mysterious Sebastian Fairfax lives a life of ease as secretary to the British Ambassador in France. Living in Paris before the revolution, the handsome foreigner cuts a dashing figure and is respected by men and admired by women. One evening he becomes intrigued with an intelligent young woman named Sophie Gauvreau whom he meets at a celebrated salonist’s home. Though he is attracted to the auburn haired beauty she is not what she seems. Educated and privileged Sophie has secretly started writing revolutionary pamphlets under a pseudonym as France teeters on the brink of disaster. When Sebastian discovers her secret he tries to warn Sophie of the danger she has embarked on as an Inspector has been dispatched to discover the writer’s true identity. Sebastian agrees to marry the reckless beauty to keep her safe from harm. Though Sebastian desires the redhead in his bed, the saucy Sophie accepts his help but places one condition on their marriage…it will be one of convenience. As the two intelligent and strong willed people come to terms with their feelings for each other, France slides into a revolution. But as the firstborn son of a great Arabian Sheik, Sebastian will do what he must to keep his wife safe and in his arms.

Welcome back, I’ve been looking forward to writing this review pretty much since I first started reading this book because it combines two things that I really love. History and books. Not only is it a book steeped with history, but it’s also filled with iconic individuals from history writing about their thoughts and experiences and then discussing these in salons.

This book is set in Paris in 1788, less than a year before the French Revolution began in earnest. As soon as I saw the date I started scrambling back through my memories of high school history when I studied the French Revolution to remember when it began, how it broke out and how quickly it impacted the French high classes. Thinking back on these memories I found myself eager to jump in and find out what exactly this book could be about, especially since the title suggests there’s an Arabian prince involved.

I quickly discovered that this book was going to be a typical romance novel, however it would be set in a specific time in history which would also impact what would happen throughout the book. Sophie, our main character, is a young Parisian woman who is educated more than most women in that time who’s grandmother has been trying to marry off for the past few years. However Sophie doesn’t want another Parisian dandy man. She wants an intelligent man who isn’t afraid of the fact that she is educated and he needs to be able to challenge her intellectually. Which in that time is difficult to find.

While Sophie is resisting marriage due to the difficulty of finding someone that will complement and challenge her, she is introduced to Madame Necker and her salon. Madame Necker is a well known French woman who ran one of the most celebrated salon’s in French history; if you Google her you can find her fairly easily. By taking part in this salon Sophie is constantly thrust into the same space as Sebastian, our other main character who we also hear from throughout the book. While pushing Sebastian away Sophie is also trying to educate herself about any topic that comes up in the salon’s that she doesn’t know much about.

Sophie’s drive to educate herself further really struck a chord with me as I tend to do the same thing. Maybe not to the same degree as Sophie does, however I also found that just like in Sophie’s case there are many people today that will criticise and judge those that seek to further educate themselves. I don’t know if people do this out of fear of being left behind or being made redundant by someone who likes to educate themselves. And I certainly hope people can rise above these thoughts, because in France’s case it ended in a Revolution that changed the country forever and I’d hate to think that it could take similar radical changes to allow people to grow and develop.

Due to Sophie educating herself she goes from writing radical pamphlets about women’s rights to revolutionary pieces that criticise the French monarchy and it’s upper classes. This results in a power hungry inspector going after Sophie to gain confidential information to blackmail other people. Later in the book we discover that not only is he blackmailing his way into a position of power, but he also murdered his wife and last lover due to her cheating on him. I don’t know about you but I can’t believe he managed to murder 2 people and dispose of their bodies alone without being discovered. Especially because he works for the French law enforcement!

While the inspector is going after Sophie she pretty much forces Sebastian to marry her to give herself more protection against the inspector. Sophie thought just because he worked for the English Ambassador that it’d give her more safety from him. What I don’t understand is that Sebastian knew how much danger Sophie was in and so married her to protect her. Yet waited until the inspector tried to kill them both to suggest moving to Arabia? And for all their friends and family to leave France? Like really, if you think a country is about to break out into an all out Revolution wouldn’t you want to get the hell out of these ASAP to avoid the bloodbath and ensure you don’t accidentally get caught up in it? That really irked me and took a little bit of joy out of the overall story because I spent so much time fixating on why they didn’t just move to Arabia. But it certainly didn’t stop me from thoroughly enjoying the read.

Thank you and I look forward to seeing you again next week when I review “Conduct Unbecoming of a Gentleman” by Wareeze Woodson. I will come back to the next book in the series in the future, so keep an eye out for that one!

Single All the Way – Elaine Spires

An inspiring read for life lessons. We could all benefit from reading this for so many different reasons. 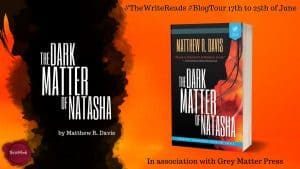 A teenage thriller set in a sleepy Australian sea side town with more than it’s fair share of trauma and crime that somehow seems to all fit together.

An arranged marriage alliance that shows us what it means to grow and adapt between a Viking Chief and the widow of a Jarl.