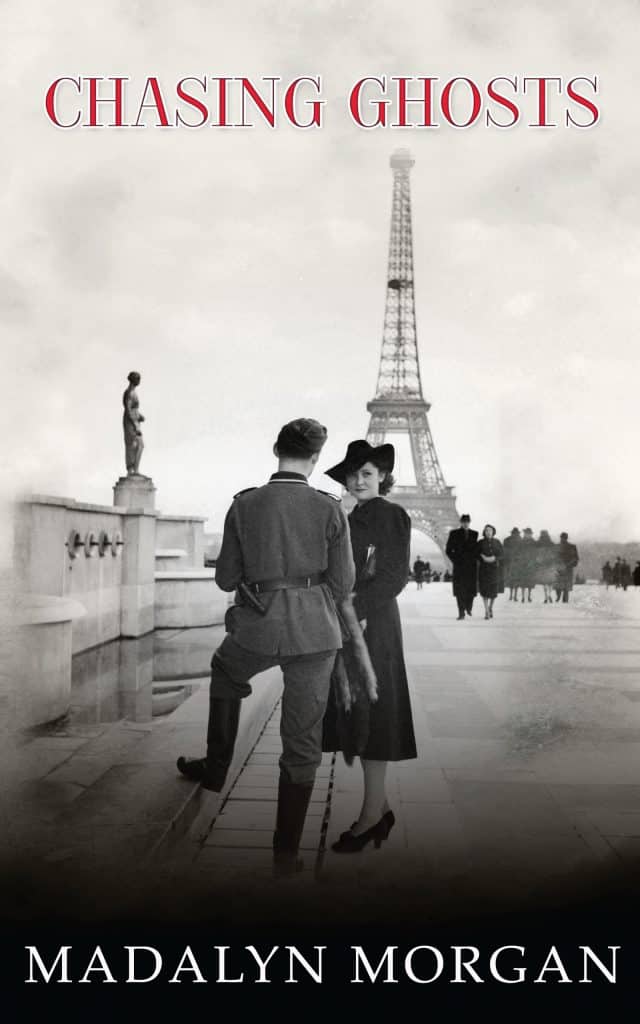 Dudley Sisters Saga
6
Historical Romance
In 1949 after receiving treatment for shell shock in Canada, Claire’s husband disappears. Has Mitch left her for the woman he talks about in his sleep? Or is he on the run from accusations of wartime treachery? Claire goes to France in search of the truth, aided by old friends from the Resistance.

Welcome back everyone, I hope you enjoyed having a bonus book review last week. It was a one day only affair and I really liked the sound of the book so wanted to participate even though it wasn’t on my normal posting day.

Ok, now that you know what interested me I’ll get into the book. We start off with Claire arriving home after being questioned by an RAF captain within hours of returning to England from Canada with her daughter. But without her husband. And the fact that she’s being questioned started to ring alarm bells for me. It’d been a while since I’d read the blurb so I had forgotten about the whole war treachery thing which meant I was obviously confused at this stage.

Then the next chapter we go back in time to when Claire, Mitch and their daughter Aimee are flying to Canada. From here the book continue in chronological order. No more skipping back in time. So we get to find out why Mitch never made his flight and was declared AWOL. Except after find out he stayed overnight in the hospital where he was getting treatment and Claire wasn’t told until like 24 hours later we don’t get any more details about why he missed his flight! So frustrating!

I could empathise with Claire when she went to pick up her husband coz that just didn’t feel right. Her not being told he’d freaked out during his session and so had to be sedated and stay overnight. And why is the doctor’s nurse calling Claire telling her she could pick him up but all the other nurse’s saying she shouldn’t have known he was there? It just felt super weird and I started to get a bad feeling about the doctor.

Once we get back to England and I find out all the shit Mitch’s commanding officer has done to Claire and Mitch’s grandmother I started to think maybe he was responsible for Mitch’s overnight stay in the hospital. I mean, why else would you immediately drag Claire to be questioned for hours on end, search her house while she’s away and can’t stop them or see what they are looking for. And they gave Mitch’s poor grandmother the same treatment. And at Christmas time no less! I can easily say I was righteously outraged right along with them.

The fact that Claire had to secretly sneak out of the country to try and find her husband and why he went “AWOL” is a bit ridiculous to me. But she managed it, along with the help of her old French Resistance friends. Through a number of connections and old school spy craft Claire makes it from Oxford all the way to Paris where she’s able to figure out her next steps. And these next steps come with the help of the Paris Resistance’s old leader who seems to be flirting with Claire yet not… Makes me wonder what those two got up to during the war time before she married Mitch.

Through good old fashioned detective work they manage to find the proof they needed to clear Mitch’s name. Not only did they manage to find someone who could tell them about how Mitch was injured escaping the prison, those same people potentially risked their lives to give Claire indisputable proof that Mitch isn’t a traitor. And not only that, but Claire is able to Now the only problem is getting that information from the backwards part of France they are in to the appropriate authorities without getting killed or arrested along the way.

And throughout this time Claire is fighting to keep calm because she doesn’t know if the woman that seems to have instigated all of this drama is someone he had an affair with (and if he did, she’s not sure when this happened), someone he met in the prison he was trapped in and so feels survivors guilt because she didn’t make it out; or, is it like what’s been suggested by the doctor in Canada, this woman is someone from the prison that was actually a German double agent who turned Mitch and that’s how he was shot escaping. Because he gave the Germans that info. But which is it? With all the subterfuge going on how can Claire unravel all the mess to discover the truth?

Throughout this time, the sexual tension between Claire and her Resistance friend Thomas is rising. They almost kiss a few times but always seem to be interrupted. Which does make you wonder what happened during the war that there is such a strong connection when she’s searching for her husband. Or is she feeling like this because she’s wondering if her husband’s heart belongs to someone else? I can understand how emotions can get confused when you’re with the same person and no one else for days at a time. And throw in there that you feel rejected by your husband who you thought loved you and it makes it that much harder to resist. So hat’s off to her for resisting! Even when it’s obvious he likes her.

After all the drama that’s happened I finally felt like everything had worked itself out. Claire had her husband back, the authorities were made aware of what had really happened and were hunting down the right person. And I felt like the story was winding down to a great finish. Only for it to ramp right up again!

And this time we get to see a deeper side to Claire’s spy skills. And boy was it amazing! Even while reading the last portion of this book while sick I was fighting falling asleep again (btw I had already had a full nights sleep at this time) I really wanted to finish it and see them make it home to their daughter. Because if they don’t then that would be a tragic ending. And I really didn’t want a tragic ending. And luckily I wasn’t left hanging for long! It turned out I was closer to the end of the book than I realised so I got a really good happy ending.

Writing up this post and reviewing the details of the blog tour I realised that this book is actually one in a series and isn’t the first book. So I’m hoping I can go back and read the rest of the series. Maybe I’ll get to read about some parts of this story that were mentioned but not gone into depth with. So keep an eye out those those in the future! But not sure when that will happen yet.

Madalyn Morgan has been an actress for more than thirty years working in Repertory theatre, the West End, film and television. She is a radio presenter and journalist, writing articles for newspapers and magazines.

Madalyn was brought up in Lutterworth, at the Fox Inn. The pub was a great place for an aspiring actress and writer to live, as there were so many different characters to study and accents to learn. At twenty-four Madalyn gave up a successful hairdressing salon and wig-hire business for a place at E15 Drama College, and a career as an actress.

In 2000, with fewer parts available for older actresses, Madalyn taught herself to touch type, completed a two-year correspondence course with The Writer’s Bureau, and started writing. After living in London for thirty-six years, she has returned to her home town of Lutterworth, swapping two window boxes and a mortgage, for a garden and the freedom to write.

Happy to be an Indie Author, Madalyn has successfully published six novels. Foxden Acres, Applause, China Blue and The 9:45 To Bletchley are set before and during WW2 and tell the wartime stories of Bess, Margot, Claire, and Ena Dudley. Foxden Hotel and Chasing Ghosts are both post war. Chasing Ghosts is a sequel to China Blue.

Madalyn’s books are available on Amazon – in paperback and all formats of eBook.

This review contains affiliate links you can use to purchase the book. If you buy the book using that link I, or the author, will receive a small commission from the sale. This comes at no additional cost to you.
.com
.co.uk
.com.au
Book Depository
PrevPreviousStyxx – Sherrilyn Kenyon
NextSon of No One – Sherrilyn KenyonNext