The Good in Goodbye 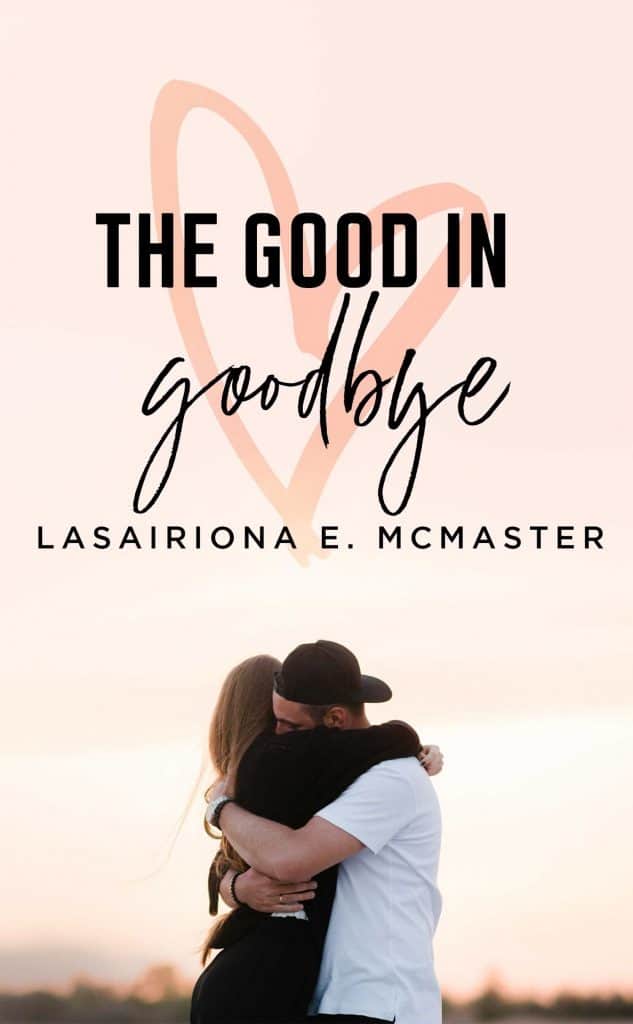 Lisa Miller
2
Contemporary Romance, Chick Lit
Relationships are complicated. Long distance ones, even more so. When Lisa Millar met AJ Williams online through mutual friends, she wasn’t prepared to fall in love with the man of her dreams. She was even less prepared to discover that he already had a wife. In a heart-wrenching story of love attempting to transcend miles, Lisa finds herself pregnant and on the wrong side of the Atlantic from the man she loves. Will their love conquer all? Or will the intricacies of a relationship woven across the Atlantic be too much to take and tear them apart once and for all?

Welcome back everyone, after that slightly odd Christmas “romantic comedy” last week we’re back to Lisa Miller! Remember her from Intimate Strangers?

I feel like I need to go into some spoilers with this review, so if you don’t want spoilers, make sure you skip that section!

We pick up Lisa’s love story with AJ like a month and a bit after she had to leave him back in the US. She’s discovered something pretty life changing and she’s coping with it pretty well until tragedy strikes. Luckily, she’s home in Ireland so she’s got her childhood best friend and her parents with her to help her through this time. Not to mention a few new friends she makes in this book.

Overall, it felt like this story had a different feel to it than the first one. The first one was very much a romance, whereas this one felt more serious and addressed a few sensitive topics. Mental health, unplanned pregnancies, trauma, heart break, moral choices and various other topics. And I’m not sure it does it very well.

It felt like it was trying to address too many things and ended up losing it in a few places. Most of the book was great! I felt connected almost all the way through. But the last couple of chapters just didn’t feel right for the characters.

The choices made felt like they’d been done to create drama rather than to honestly have the characters develop further. I feel like I want to read the next book to see if it kinda corrects those issues. But at the same time, I’m also worried it might go further down the path of not feeling natural.

SPOILER TIME! DON’T FORGOT TO CHECK OUT THE REST AFTER THE SPOILERS!

AJ having bipolar feels like something that should’ve come out in the first book. Putting it here makes it feel like it was a “o what’s a way we can add in mental health awareness? This works!” and bang it went in. I’m not trying to say it wasn’t portrayed well. I just feel that setting it up a bit more in the first book would’ve worked better. Specially coz AJ said the Docs could tell Lisa everything when he was in the hospital and there was no mention of bipolar meds then. Just feels a little bit contradictory to me.

Lisa’s thought processes towards the end of the book bugged me as well. I get grief can do strange things to our minds, but to decide you don’t want to be with your guy as soon as he’s on the place home feels a little bit out of left field. Given how into open and honest communication they’re into, surely she’d talk to him about her concerns?

Finally, that last bombshell of Ana’s feels like it should be a set up. If the start of the next book isn’t a “we did this to see how you were coping” kinda thing then she’s like the most insensitive person ever! I mean. Lisa lost her baby at 12 weeks old. Why would you feel it’s OK to turn up on her doorstep claiming to be 12 weeks pregnant when she has little to no support system around her and she’s barely coping as it is? #horriblefriendmoment #shitfriend

I don’t know why I did that, but it felt appropriate.

WE’RE PAST THE SPOILERS NOW!

Thank you for reading and I hope you enjoyed this review, next week I will be reviewing Give me a Christmas by Zoe Ann Wood. Continue to read further down to find out about the author.

This review contains affiliate links you can use to purchase the book. If you buy the book using that link I, or the author, will receive a small commission from the sale. This comes at no additional cost to you.
.com
.co.uk
.com.au
PrevPreviousReindeer Readathon – Week 1 Update
NextGive me a Christmas – Zoe Ann WoodNext

Murder mysteries aren’t a genre I tend to love, but when you have such strong Agatha Christie feels, how can I not give it a go?

Give me a Dream – Zoe Ann Wood

Pretty sure this is my first sweet romance, and it’s Zoe’s first foray outside of paranormal romance. How does it rate to her other reads?

Different in so many ways, and yet still so interesting. What happens when WWII ends and the women need to return home?