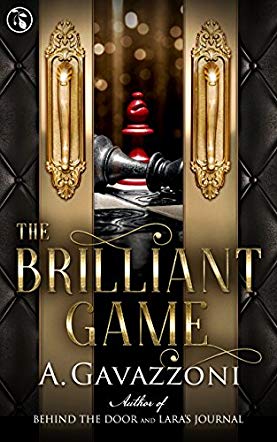 Hidden Motives
3
Erotica, Suspense, Murder Mystery
Psychiatrist Simone Bennet feels like a pawn on a chessboard—as if some invisible, master chess player is toying with her life and the lives of the people she loves and cares for. A series of horrific events—several murders and Simone being tortured at the hands of a serial killer—culminate in the kidnapping of her daughter and have turned Simone’s life upside down. Struggling to stay afloat in the middle of a sea of chaos, Simone continues to receive her psychiatric patients and do more work for the New York attorney, Carl, while local police, the FBI, and Edward—Simone’s boyfriend, best friend, and business partner—are working hard to locate her child. Simone is analyzing another set of Lara’s journals, and she becomes dragged into a vortex of sex addiction, suffering, and Lara’s struggle for some kind of balance in her life, while Simone battles an inner fight against her mixed feelings for the enigmatic lawyer. Filled with twists and turns, this final book in the Hidden Motives trilogy reveals a deranged, steamy, and disturbingly brilliant game of sex, murder, and mystery and chronicles a woman’s conflict between love and reason. Fasten your seat belts before you embark on this roller coaster, and prepare for the most unpredictable end.

This is the final instalment of Behind the Door and Lara’s Journal and I can honestly say I enjoyed reading this one and was cursing my Kindle when it was taking forever to download so I could get started.

So this one picked up a little bit after Lara’s Journal ended but not before Simone’s daughter was freed. Following on from the previous book I can tell you that you’re in for one hell of a ride!

Firstly Peter’s sister isn’t connected to any of the murders and gets released. At first I couldn’t believe this because how else did Peter escape? And how else could he have known when to kidnap Simone’s daughter? And then I thought, maybe Peter has another accomplice? Maybe a guy? Maybe that’s how the sperm samples aren’t related to Peter’s sister.

That certainly felt more plausible than Peter being adopted since it was never mentioned in any of the previous books. And surely if Peter was adopted that would’ve come out sooner. I mean, it’d just have to right? Which means Peter’s sister and the receptionist are now out of the running for being the killer. Which leaves us with the ex-boyfriend; although he seems to have dropped off the map so I think we can scratch him off as well. So really we’re left with Peter Hay, Carl and Edward.

And somehow I couldn’t see Carl being responsible. I mean he really doesn’t feel right for this. He goes to Simone honestly looking for help. He’s in crisis over what happened with Lara and needs to absolve his guilt over her death. To begin with that’s in the form of getting her to read his memoir and analysing the possibility that he purposely killed Lara. Then he is given a copy of Lara’s story, her whole life on paper for him to read and really understand why she was who she was. Except facing those details can be tough so I understand why he’d need someone else, a third party, to read it along with him.

During this book we’re introduced to two more possible candidates for all the murders. A necrophiliac that Simone had previously treated, and John, one of Lara’s lovers. Even though when the necrophiliac angle was introduced because Peter’s DNA didn’t match the semen found on the body it just didn’t feel right. This necrophiliac was one who sought out already dead bodies. Unless of course he was brought in as the accomplice who would get rid of the bodies? But I dunno… It just didn’t feel right to me.

John on the other hand went of the rails a bit once he read Lara’s Journal. So I could see him killing people. But again, he didn’t know Simone previously, so why was he attacking people and leaving them on her doorstep, and why attack her patients?

Now normally I would like to leave some mystery to the book so you can enjoy the full impact when you read it for yourself. But there’s a few things I need to tell you because OMG! Adriana really left it to the last minute making me feel like there’d need to be a fourth book just to give me the answers I wanted!

But, instead she made it so that it all came out during Peter’s trial in the final chapter of the book so you’re only left with a couple of pages to process what’s happened. Although I’m not a big fan of Tolkien’s writing style where it takes 5+ pages to describe a leaf falling. I would have felt a little bit better with A LITTLE bit more time to have the reveal occur and see how everyone responds to it. I think one more chapter would have REALLY made this book amazing.

But Adriana really leaves you on tenterhooks that whole way through. Guessing, and guessing who could be behind the murders. How could Peter be innocent but not innocent? How did it take the FBI until the last minute, and even then it took Simone to figure out and expose what had happened?

I definitely feel like I need longer to just sit and process everything that came out in the last chapter of this book. So I think I should take a day before I start a new book.

I hope you enjoyed reading the final review on this trilogy and I honestly think you should give this trilogy a go if you enjoy books with suspense, sex and romance.

Thank you Adriana for giving me to opportunity to read your series. I have thoroughly enjoyed reading all 3 books the whole way through!

This review contains affiliate links you can use to purchase the book. If you buy the book using that link I, or the author, will receive a small commission from the sale. This comes at no additional cost to you.
.com
.co.uk
.com.au
PrevPreviousRetribution – Sherrilyn Kenyon
NextThe Guardian – Sherrilyn KenyonNext

For a debut author this was AMAZING! But what was it that I liked about it?

A paranormal romance to give me the right reading fix at just the right moment, when I didn’t even realise I needed it! 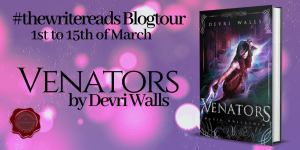