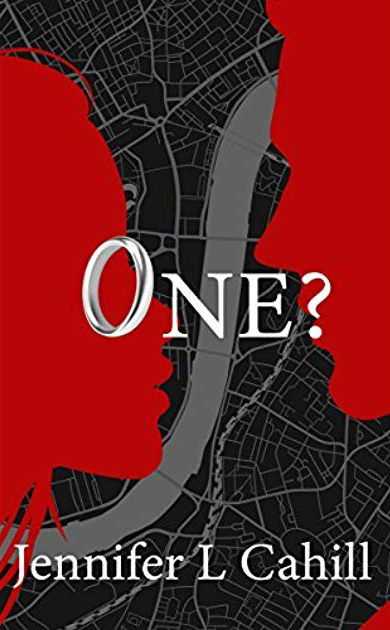 Romance
One? is the first book in a contemporary fiction trilogy, looking at finding ‘the one’ in the modern world and how relationship models are shifting in the most innovative period in living history. The story starts in 2005, and spans ten years following the characters from the challenges of their twenties into their thirties. It’s London in the mid-noughties before Facebook, iPhones and ubiquitous wifi. Zara has just moved to London for her first real job and struggles to find her feet in a big city with no instruction manual. Penelope works night and day in an investment bank with little or no time for love. At twenty-eight she is positively ancient as far as her mother is concerned and the pressure is on for her to settle down as the big 3-0 is looming. Charlie spends night and day with his band who are constantly teetering on the verge of greatness. Richard has relocated to London from his castle in Scotland in search of the one, and Alyx is barely in one place long enough to hold down a relationship let alone think about the future. One? follows the highs and lows of a group of twenty-somethings living in leafy SW4.

Welcome back everyone, I hope you enjoyed reading about my first book box last week. This week I’m back to an author requested review, and I never know what I’m going to get with these ones!

I really wasn’t a fan of the way Jennifer wrote this one. So much so, I wrote to her letting her know the issues I was having with her writing style. My main problem was that it was too stilted and formal for how people really talk.

Not to mention, having the characters thoughts written out word for word rather than summarised or hinted at kept interrupting the flow of the story. But what made the flow worse for me was that we’d change character perspectives with no break to signify there’s a change.

Most books that I read that change perspective will have say a line going between the paragraphs, or one of those cute little images (say, a leaf). Or at the very least, a much bigger gap between the paragraphs. This didn’t have that, so it was just suddenly, I was following someone else.

This one is probably very minor if you’re British. But being an Aussie I don’t know the postcode system over there and Jennifer was using the postcodes as a way to signify where we were landmark wise in the story. I was left going “what is SW4? What is EC1?” because to me they mean nothing. It feels like me saying to you “o you should totally check out the Ferris Wheel at 3008!”

Seriously, how many of you know what I’m talking about right there?

Minor problem if you’re British, bit of a waste of space if it’s not explained; which it’s not but Jennifer has said she’s open to feedback and will be writing the sequel slower so it’s less stream of thought and more structured so it’s not difficult to read which is awesome! Being her first book, I think she’s done a pretty good job if my only problems are things an editor can fix!

I already mentioned that all my problems with this book stem from a lack of editing. Other than that, I had some fun reading a very Sex in the City style book set in the early 2000s rather than the 90s. Given I was born in the 90s, this made it much more relatable to me.

Something else I really liked was the way Jennifer openly discussed the pressures women feel to get married, have kids but still hold a highly successful full-time career. We might be getting to really seeing that part (possibly?) but she’s hinted at it and we see and hear it in all of Penelope’s thoughts.

I especially connected with this because I personally have started to feel the pressure because I don’t want kids, but I do want my career. And I hate that people do that. Getting married, having kids and having a career are all very personal choices that every individual should be able to make without feeling judged. So, I love that this theme is starting to come through, whether it was intentional or not I’m not sure.

Thank you for reading and I hope you enjoyed this review, next week I will be reviewing the third instalment of The Time for Alexander series, Son of the Moon by Jennifer Macaire.

This review contains affiliate links you can use to purchase the book. If you buy the book using that link I, or the author, will receive a small commission from the sale. This comes at no additional cost to you.
.com
.co.uk
.com.au
Book Depository
PrevPreviousWrap Up – April 2019
NextBearly Married – Zoe AshwoodNext

With so much packed into one romance set over a few weeks, how can it be it anything but rushed? Well it’s not! So what is it?

Who doesn’t love a little novella pre-quell? But what if it’s got only a couple of the main characters from the series in it?

6 Replies to “One? – Jennifer Cahill”