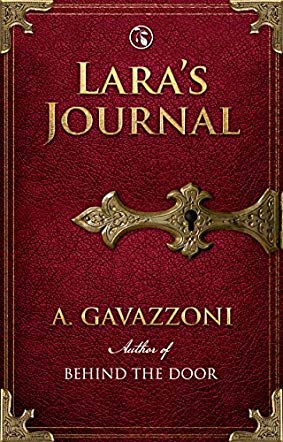 Hidden Motives
2
Erotica, Suspense, Murder Mystery
Simone Bennet is on a long vacation, trying to heal from the trauma she suffered at the hands of a serial-killer kidnapper. After looking death in the face, she tries to develop a new outlook on life—live in the moment! Carl, the charming lawyer, is back, asking once more for Simone’s help, this time in analyzing Lara’s journals, which were discovered by her siblings after her death. In her own words, Lara divulges all her secrets, and reveals a dramatic world of betrayal, passion, and the most unusual sexual behaviors, exposing the beautiful architect’s troubled life. As Simone tries to deal with the contents of Lara’s haunting diaries, one of her patients gets himself into a bit of legal trouble, forcing Simone to return early from her vacation. Although she’s happy to be back on her home turf, she finds herself surrounded by a whole new set of problems. A killer is out there, and this time, he seems to be after the people Simone cares about most. Suddenly, people around her are dying, a stalker/admirer keeps showing up at all the wrong times, and Simone’s dear friend Edward has a new girlfriend—forcing Simone to analyze her feelings for him and her attraction to Carl.

Welcome back all, as promised I have the next instalment of Behind the Door for you! Now something that I often find when reading book series is that they get repetitive and a bit boring so sometimes I go into these with a grain of salt when the first book has really grabbed my attention.

But I didn’t need to with this one. I was really unsure how we could continue on from the previous book when the killer has fled the country and we’ve solved the murder. Other than literally just reading Lara’s side to her relationship with Carl (which I wanted to read anyway) I wasn’t sure what else could be done. Like really, what would you have done if you were the author? Because I am a big fan of, if you’ve gotten it right don’t ruin it by trying to make more money out of sequels when you had never planned on writing them.

Now the set up for this book is no where near as good as the set up for the third novel so I get the feeling that Adriana finished the first book intending to wrap it up there. Then really wanted to share more. Whereas the ending of this book is a total, blatant set up for a third book. Which I don’t mind because it show’s there’s a plan. And she’s ended it on a cliff hanger. And I am a TOTAL sucker for a good cliff hanger!

Anyway I feel like I’ve jumped ahead because I’m SOOOO eager to read the next book! Like normally I’d space it out a bit to give you guys, my readers, a bit of variety but I don’t think I can with this one.

ANYWAY! I must move on to give you reason’s why I liked this one so much! So we start off with a girl hooking up with a guy at a nightclub and having sex in the bathroom. Since I thought this was Lara, whatevs! Only, it turns out it’s Simone, and she’s slept with her friends cousin! How completely unlike Simone! But then again she had been kidnapped and drunk A LOT of wine and it’s not like she’s in a relationship. So she can totally live her life the way she want’s to!

Next thing we know one of her reliable crazy patients has attacked his mistress, wife and the club his mistress works in so Simone has to rush home. Just in time to find out that the cousin is a crazy stalker. Just what she needs when she’s still recovering from being kidnapped!

Within a couple of weeks of returning like 3 or 4 of her patients have turned up dead, the FBI don’t know whether to suspect her or Peter Hay (the guy that kidnapped her). And I was tossing up between the stalker boyfriend, the new receptionist, Peter, Peter’s sister, Carl and Edward as to who the guilty party could be! Now to give you a bit of an idea where’s why I suspect each of them:

So now that I feel like I’ve turned into a bit of a conspiracy theorist I’ll let you go! And I look forward to sharing my next review on “Master the Marchioness” by Em Brown next week.

We’re back at Glendale Hall with Anna who’s desperate to escape to Ibiza, yet finds herself in Glendale learning life lessons she never expected.