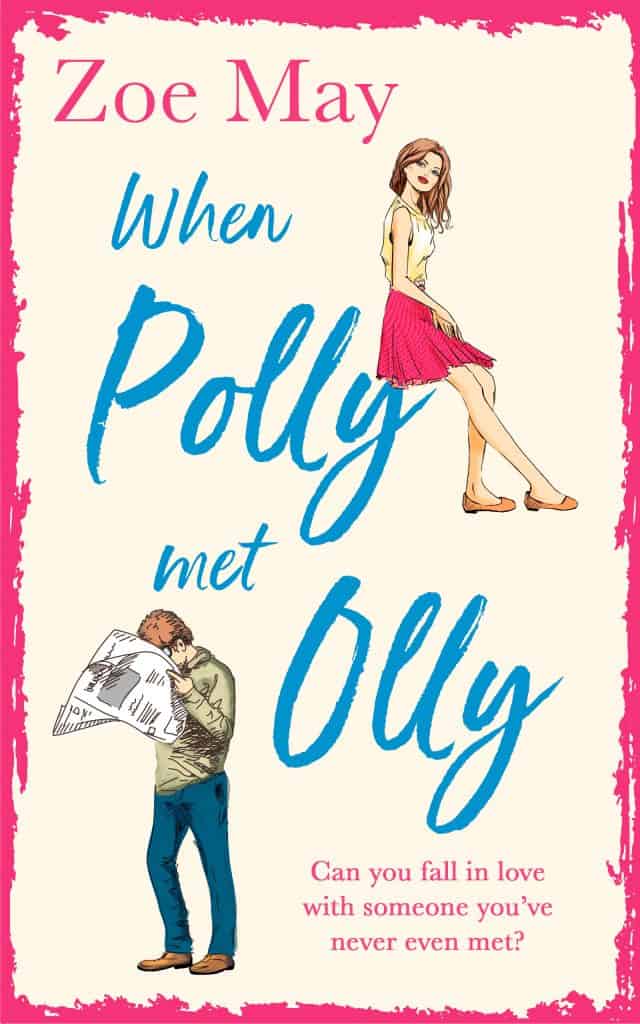 Contemporary Romance, Chick Lit
Polly and Olly were never supposed to meet… Polly might spend her days searching for eligible matches for her elite list of clients at her New York dating agency, but her own love life is starting to go up in smoke. Even worse, she can’t stop thinking about the very person she’s meant to be setting her latest client up with… surely it can’t get any worse! But then Polly bumps into oh-so-handsome Olly, who heads up a rival agency, and realizes that perhaps all really is fair in love and dating war…

Welcome back everyone, I’ve got another Rach Random Resource tour for you today. And it’s another Zoe May novel.

I’m starting to get the feeling that Zoe is great at coming up with ideas and stories. But personally, I feel like the execution was a little lacking. I never found myself falling in love with this book. Pretty much the whole way through I found it wasn’t bad, but I wasn’t reading it coz I was loving it. I was reading it to bring you this review.

Yet I didn’t connect with or fall in love with any of these characters. In fact, I actually hated Gabe. I didn’t think he had a place in the story and felt his character needed more reason to be there other than to critique and push Polly. Even his critiquing and gayness annoyed me. He felt like the type of “friend” that I’d cut out of my life in 2 seconds flat and that he was gay just to have the representation in the book rather than adding value.

It felt like Olly had almost no story time. I think I was about halfway through and it felt like he’d had all of one meetings worth of air time. For a male lead I was expecting much more angst, drama and revelations to happen. When they did, it felt rushed and like it was maybe just meant to be there, but Zoe hadn’t had time to do it earlier.

Personally, what could’ve made this book great was having Olly’s side included in the story. Not every love story needs it. But a lot of the drama, angst and feeling that might have made me fall in love with the story and characters might have happened if Olly’s perspective was included.

For a light, easy to read romance that you don’t have to get too caught up in this is a great read. I just felt like it was missing something for my brain and heart to really engage. My only other issues with this book have hopefully been resolved (I’ve been told they have) and they were caused because I read an advanced copy not a final edit version. So, I won’t be taking those into account with my score.

Thank you for reading and I hope you enjoyed this review; on Friday I’ll be reviewing Street Magic by Tamora Pierce. Continue to read further down to find out about the author.

Zoe May lives in London and writes romantic comedies. Zoe has dreamt of being a novelist since she was a teenager. She spent her twenties living in London, where she worked in journalism and copywriting before writing her debut novel, Perfect Match. Having experienced the London dating scene first hand, Zoe could not resist writing a novel about dating, since it seems to supply endless amounts of weird and wonderful material!

Perfect Match was one of Apple’s top-selling books of 2018. It was also shortlisted for the Romantic Novelists’ Association’s Joan Hessayon Award, with judges describing it as ‘a laugh out loud look at love and self-discovery – fresh and very funny’.

As well as writing, Zoe enjoys walking her dog, painting and, of course, reading.

This review contains affiliate links you can use to purchase the book. If you buy the book using that link I, or the author, will receive a small commission from the sale. This comes at no additional cost to you.
.com
.co.uk
.com.au
Book Depository
Kobo
PrevPreviousThe Cottage on Wildflower Lane – Liz Davies
NextStreet Magic – Tamora PierceNext

For a debut author this was AMAZING! But what was it that I liked about it?

6 Replies to “When Polly Met Olly – Zoe May”