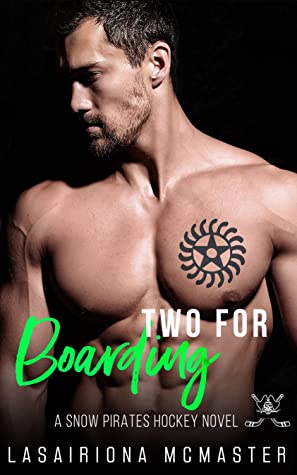 Snow Pirates
4
Contemporary Romance
Disarming. Dirty. Dominant. Easy going defenseman Austin Morgan doesn’t want for much. Trust fund kid, skilled fighter, and talented hockey player in the peak of his physical prime, life is pretty much going his way… All except for the sudden breakup of a long-term relationship which has shaken his very identity as a Dom. Until he can trust himself again, relationships are off the cards. But when the team trainer Mackenzie Abbott draws him into her orbit, he can’t get her out of his mind. Not only is she all-the-way vanilla, but they work together, she’s off limits… and she has her own secrets. Can he learn to trust her enough to accept her into his world? Or will the hidden past she can’t escape ruin it all?

Kenzie is a kick ass, strong, confident woman who’s joined the Snow Pirates as their team physio. And yet, her past that no one really seems to know much about has shaped who she is now and has left lasting emotional scars that she has to try and overcome on a daily basis.

Austin is a quiet guy who keeps his private life private, while still being there to support his teammates however he can. His last Sub left him unexpectedly leaving him unsure of himself with his confidence severely beaten, not that he’ll let anyone else know.

If you’re not info sexy books or public displays, you might struggle with elements of this book, but I still think you should read it. It left me with such a powerful feeling at the end, one that I can’t quite describe but still left a lasting impact, that I think you should read this to explore those themes.

Who wouldn’t want to escape to Lake Como? But under what circumstances?

If it’s Only Love – Lexi Ryan

The end of the series. And what a way to end it!