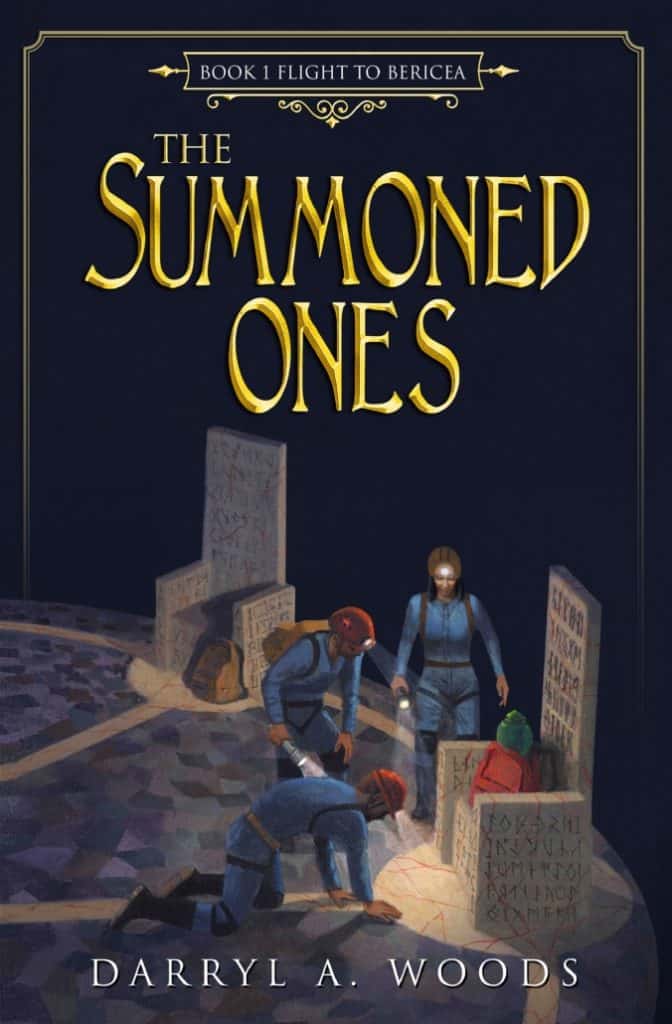 Flight to Bericea
1
Fantasy
The Bericean army was in Malabrim for the ninth straight fighting season. Over the past 9 years, Zybaro, the leader of a small band of unknowns, had evolved from his days as a minor usurper of a tiny kingdom. Now, almost the entire country of Malabrim was under Zybaro’s control, and his army was large enough to easily challenge Bericea’s army. Still, Bericea continued its raids into Malabrim, hoping to stem Zybaro’s methodical progress and thwart his tyrannical means of control. Zybaro had seized village after village, forcing anyone capable of joining his army and enslaving all who remained in deplorable working conditions to supply his army. This latest conflict with Zybaro had pushed General Darnon to a decision, one he had resisted making for over a year. Though he still held grave reservations about the Prophecies, he was willing to support the clerics who would attempt the summoning. The details of the ritual had recently been discovered in an ancient tome. The clerics were confident they could bring forth the Summoned Ones of Prophecy, those mysterious beings who would aid Bericea in its time of greatest need. Darnon also had concerns about the location of the summoning. It would have to take place farther into Malabrim than they had ventured in many years. And even if the ritual was effective, it would be a great challenge to get the Summoned Ones safely back to Bericea, in addition to the soldiers sent to protect them. However, Darnon felt that morale was so low, if they survived this battle, he owed his troops the hope the summoning ritual could bring. Join the soldiers of Bericea and the Summoned Ones through a life-or-death struggle. The Summoned Ones was made up of a small college aged group of friends from a small Kentucky town near the Daniel Boone National Forrest, who find themselves somehow brought to a chaotic world through magic. Their epic journey will push the Summoned beyond the limits of their endurance. This unlikely group will discover many truths about themselves and experience another world beyond their imagination.

Welcome back everyone, I’m continuing the fantasy/sci-fi feel this week with a young adult fantasy novel by debut author Darryl A. Woods.

My first thought once I got far enough in to form an opinion of the book was that it was a great story, engaging and interesting. For a debut author this is impressive and needed! How else do they get fans to come back for more?

After I got involved in the story and the fantasy element kicked in, I started to notice a few flaws in the writing. Not enough to say the writing was bad, or the story suffered enough to dislike it. Just little things I’ve picked up on over time being a writer for online learning and an avid reader.

The first was the way the story was written, the technical writing element. I found myself needing to read a sentence multiple times to understand what it was meant to say because it wasn’t succinct. I’m not saying I’m any better, but it’s something that takes practice, distance and often an editor or second set of eyes to pick up and fine tune.

The second was the distribution of the story, how long we focused on a group of characters. This might be a personal feeling, but it felt like each chapter spent on a group of characters should have been shorter, with more changes between the groups. That way you don’t get so involved in one group you forget about the rest and what’s happened to them.

With shorter chapters and more frequent changes between the groups, I think I would’ve spent less time trying to remember what had happened and more time being actively involved in the story. By actively involved I mean me wondering what was happening with the others and wanting to read more.

By the end I still wanted more. I still want to know what happens. I just think improvements in those areas could have made it even more engaging for me.

Thank you for reading and I hope you enjoyed this review, next week I will be reviewing Dirty, Reckless Love by Lexi Ryan. Continue to read further down to find out about the author.

Darryl Woods has a passion for telling stories, an appetite for reading fantasy, and a love of old movies. He remembers things in scenes, picturing the background, the clothing of the characters, small details like, wrist bands, jewelry, dogs crossing the street, but most of all the emotions and actions of the each participant in the scene. He would spend time, usually as he waited for sleep, thinking through those scenes, fleshing out details the book didn’t add, or recreating the scenes with differing outcomes. So, as the story of The Flight to Bericea developed the scenes that make up the story easily flowed from his vivid imagination.

Darryl’s childhood in rural Ohio, three miles from a small town, gave him plenty material for stories. Tales of his father’s many contraptions, fabricated from old parts, angle iron, and square tubing. These were lawnmowers powered by car engines, minibikes, and various types of cobbled together go-carts, including one with a bicycle front end, a car’s steering wheel and seat, and the backend of a cousin’s wrecked go-cart. His stories also included rural life; gardening, playing in the creek, helping neighbors with livestock, numerous family pets, and farm animals, or playing high school football.

As an adult Darryl graduated college with a degree in Systems Analysis, while at school he met his wife who he married shortly after graduation. Inspired by his father who never once used a repairman, and who built his own house, Darryl developed a passion for remodeling houses. He and his wife have remodeled four houses to date, after each one swearing to never start another.  While working as a computer consultant designing database, Darryl spent his evenings, weekends, and days off helping his father-in-law with his family business cutting timber, sawing lumber in his mill, and making pallets. All these activities gave Darryl an endless supply of stories. Telling and re-telling these stories over the years honed Darryl’s skills as a storyteller.

This review contains affiliate links you can use to purchase the book. If you buy the book using that link I, or the author, will receive a small commission from the sale. This comes at no additional cost to you.
.com
.co.uk
.com.au
Book Depository
PrevPreviousStraight Up Love – Lexi Ryan
NextDirty, Reckless Love – Lexi RyanNext

When Polly Met Olly – Zoe May

Two matchmakers meeting and somehow falling in love. Will this be better than Zoe’s first book I read?

I feel like this is a pre-quel series to Lisa and AJ’s ones because its set way before them!