The Perils of Autumn 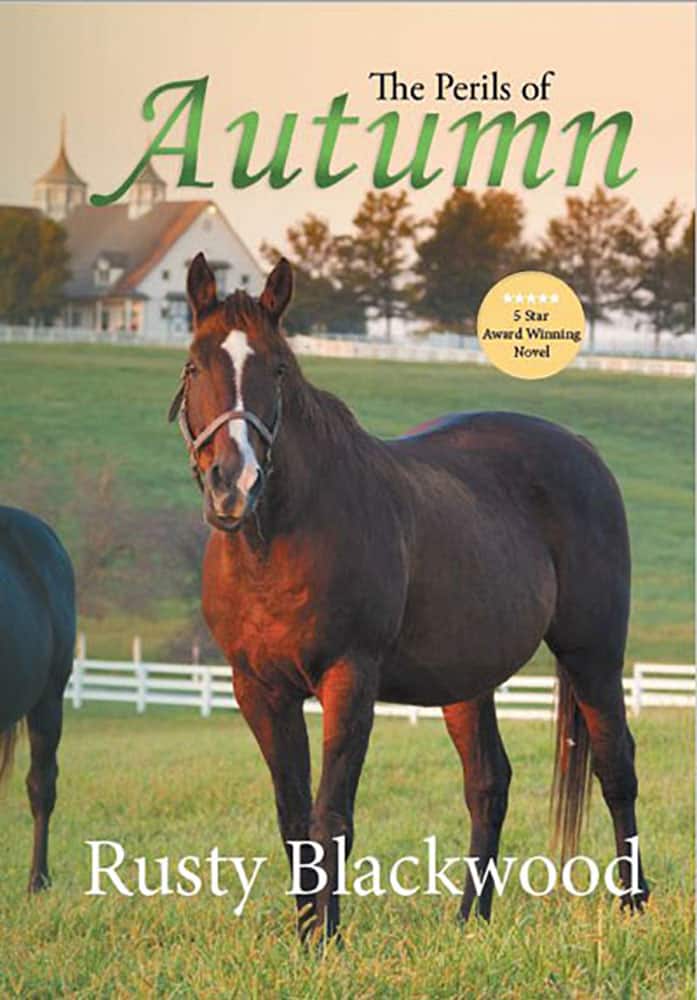 Romance
This page turner, set primarily in the early 1970’s, centers on a young Kentucky woman, Autumn Leeves, born in 1946 to Abigail Leeves, an unwed mother who struggles to make ends meet. By 1970, Autumn graduates nursing school and is sent on assignment by the local hospital to care for the terminally-ill wife of middle-aged English equestrian master, Cyril Landon, owner of Landon Lawns Stables, a most successful thoroughbred racing stable located just outside Lexington, Kentucky in a posh community known as The Meadows. Duff Taylor, world renown jockey who is tops in his field, lives full-time above the tack room at Landon Lawns and enjoys the many benefits it brings, but he also has a dark secret surrounding an unsolved racing incident from his past that he will go to any length to protect. Autumn arrives to Landon Manor in time to be thrown into the fray, and finds herself caught in the ongoing disruption that ensues.

Welcome back everyone, after a few false starts I finally got here with this review!

I honestly thought going into this that the story would have more emphasis on Duff Taylor and his past. I swear I re-read the blurb when I wasn’t far into the book and it had more emphasis on Duff than when I read it on the back cover of my jacket after finishing. Yet the entire story revolved around Autumn and her relationship with Cyril.

As a romance story, it’s quite good. Autumn goes through quite a journey, has ups and downs, moments when it feels like Cyril and Autumn wouldn’t make it. Which is the typical arc of a romance story so that’s all good. Yet there was nothing about this book that really drew me in and kept me in.

If you’re looking for a book on the side, or maybe you don’t have a lot of time to read some having something you can read a little bit of as and when you have the time, this book is perfect for you.

In terms of the writing, I think the way the dialogue is written is one of the ways I couldn’t fall into the story. My dad was about the same age as Autumn in the same years and yet he doesn’t sound anything like Autumn or any of the other characters.

The dialogue felt really stilted, formal and more like it belonged in the 50s or earlier. Speaking to my dad he doesn’t remember the feel of how people speaking feeling formal back then. But he did admit he doesn’t really remember (granted that was almost 50 years ago) so he’s not 100% sure. Yet, when I think on how a lot of the movies, I’ve seen set in the 60s, 70s and 80s speak, they are all a lot more relaxed than this was written so I’m really not sure.

All I know is that I enjoyed it, I just didn’t love it or feel like I just had to keep reading at any point in time. Even when I knew I had less than 12 pages left.

Thank you for reading and I hope you enjoyed this review, tomorrow I’ll be reviewing Christmas Kisses on Hollywell Hill by Jackie Ladbury. Continue to read further down to find out about the author and any extra giveaways available.

Top ranking romantic fiction author Rusty Blackwood, who chose her plume de nom by combining the colour of her russet hair with her husband’s great, great, Scottish grandmother’s maiden name, was born in St.Thomas, Ontario, Canada on October 5th, and grew up on her paternal grandfather’s farm in the County of Elgin, located in the south-western portion of the province of Ontario.

She acquired her love of literature while still in elementary school where she entered her original compositions into county fairs, school contests, and whatever venue allowed participants in the writing field. She has carried that love ever since and has put it to use many times since becoming a professional writer in 2001.

From the time of youth she has loved the Arts in their many unique forms, she is a graduate with honors in Interior Decorating & Design. She spent many years on the south-western Ontario stage performing with her family’s country music band: The Midnight Ramblers, followed by the country – rock – blues band: ‘MIRAGE’ as an accomplished vocalist, bassist, and rhythm guitarist. She now resides in the cultural city of St. Catharines, Ontario.

Check out Rusty’s socials on BookBub and the ones below:

This review contains affiliate links you can use to purchase the book. If you buy the book using that link I, or the author, will receive a small commission from the sale. This comes at no additional cost to you.
.com
.co.uk
.com.au
Book Depository
PrevPreviousMagic Under the Mistletoe – Lucy Coleman
NextChristmas Kisses on Hollywell Hill – Jackie LadburyNext

Virginia is back with a new series and is kicking off with lots of laughs with the oldest of the three sisters.

The Will of the Empress – Tamora Pierce

The fab 4 coming back together, forging a new life ahead of them. All while trying to thwart an angry Empress.

Probably the Best Kiss in the World – Pernille Hughes

Some of this love story felt more up my boyfriends alley than mine. But I possibly learnt a little bit about something he loves!

5 Replies to “The Perils of Autumn – Rusty Blackwood”