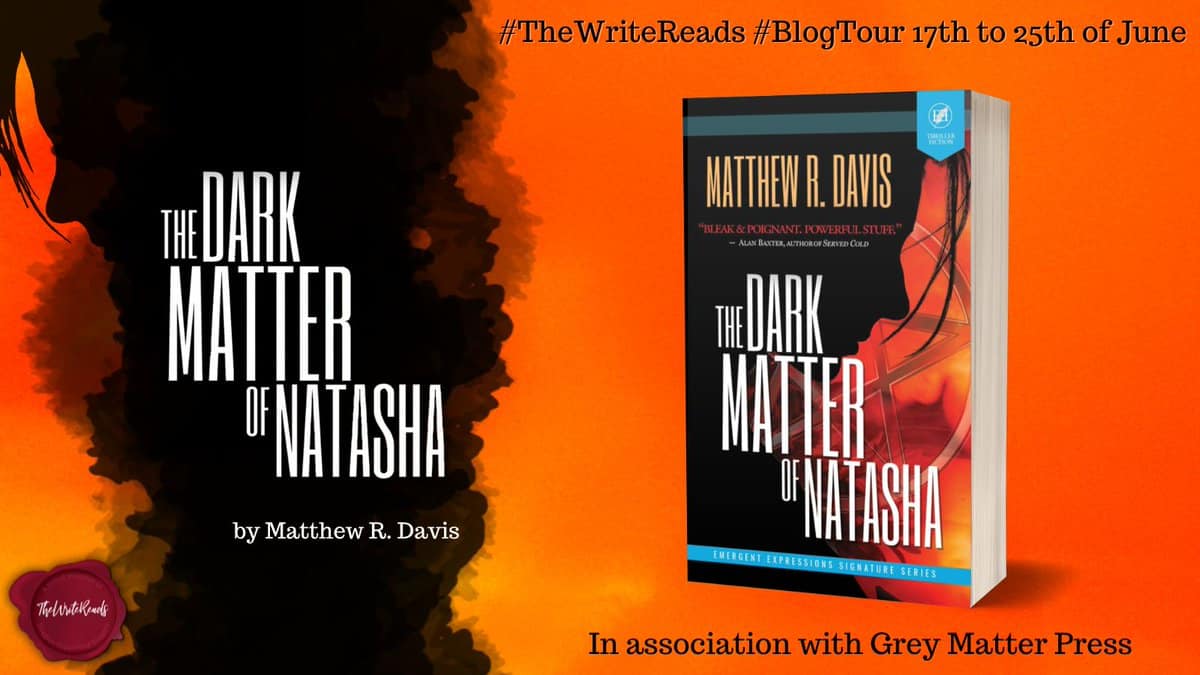 While the story is told from the perspective of a man reflecting on his youth, we never know his name. In his youth, the key people he’s remembering are Caitlin and Natasha.

Caitlin is a sweet girl who’s seemingly innocent in all ways and everything that Natasha isn’t. Natasha has a past that haunts her in more ways than one that get explored as we progress through the novella.

From moving to Lunar Bay through to the culmination of Natasha’s darkness we follow our un-named man as a teenager. Throughout his time in Lunar Bay, he’s confronted with some pretty intense topics, from struggling to understand girls and sex through to the more traumatic themes of rape, abortions and suicide.

For a small town, a lot seems to be happening in some pretty big, illegal and emotionally traumatic ways. For a thriller, it doesn’t have the same level of “what is happening?!” that I’m used to. But it makes up for it with the sheer intensity of what’s happening emotionally and hormonally to teenagers who’ve been through a lot.

The way Matthew was describing the events and the man’s feelings as the events unfolded made the story feel almost autobiographical. Especially as we moved to how he left Lunar Bay and how his life was playing out as an adult.

I mean, how do you come up with a story like that without it being based off of truth?

Surely those events are just too intensely traumatic to be something that someone can come up with to happen to fictional characters in a small town before hitting 18?

Over the course of the afternoon where I read the novella, I was definitely pushed to think, contemplate and left wondering at how these kinds of events could happen. Especially what drives people to the point where they do that. In that sense, the story followed the same theme as a thriller but in a different context to the types I’ve read before.