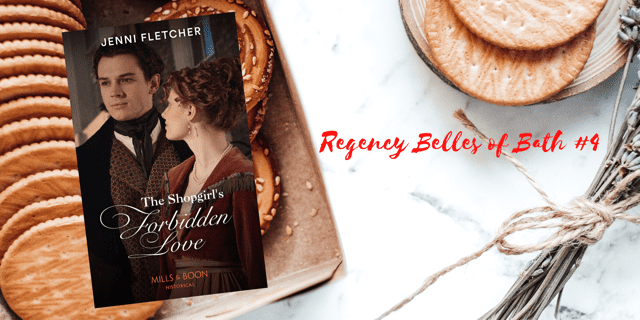 Nancy’s father died when she was young and when her mother remarried, her stepfather slowly took control of their finances even though he slowly stopped working. This control extended to ensuring they ended up with almost no money despite needing to pay rent and board and continued even after she found her own way in the world.

James is the son of a successful grocer and has encounters throughout his teen and early twenties with Nancy have him reeling and pushing back against his parents wishes for his future. While he’s sure he wants to continue his father’s grocer business, he’s got his own plans for who he wants to marry and how he wants to grow the business, he just needs to convince his father to listen to him.

Nancy and James cross path several times over the span of about 10 years, during which time they learn little, tiny facts about each other. Not enough to consider each other friends, but enough to spark an interest.

When they reconnect later in life, they start to get to know each other and overcome their own challenges to find their way to each other.

Continuing on in the Belles of Bath series, Jenni continues to weave a fascinating tale of independent women fighting for independence in a world that’s not yet ready to give women their independence. In this case, Nancy’s determination to not let anything get in the way of her successfully running Belle’s is inspiring.

Although her complete resistance to letting love in is not something anyone should aspire to. We all need to be loved and to love others.

Meanwhile, James is endearing in his assurance that Nancy is the girl for him, without pressuring her or forcing her in any way to be with him. Having a guy depicted in this time as being sensitive like this is such a great change of pace, especially since he still needs to make a living by working every day.

Since I haven’t read the first two books in the series, I definitely think I need to go back and read those!