Categories: 2019, Author Request, Book Reviews, Book Series
Tags: After the Green Withered, Author Request, Book Series, Burden of Truth, Dystopian, Kristin Ward, Young Adult
Genres: Dystopia, Young Adult
Series: After the Green Withered
A choice is made, both irrevocable and dangerous. Joining the resistance was the first step. The ones that follow are infinitely harder.Enora Byrnes leaves the control of the DMC and joins a band of rebels living on the fringes of society. Now she will come face to face with the harshness of a community struggling to survive in a world controlled by those who will stop at nothing to hunt them down. She has become…

Welcome back everyone, you’ll notice me jumping between two series for the next couple of weeks, so I hope you don’t mind. After finishing After the Green Withered, I lasted all of 22 hours before asking for the second book so I could start reading it immediately.

After the unique style of After the Green Withered, I was expecting this one to follow the same style. What I found was that although there were elements that were still there, there were also elements that felt very similar to some other dystopian YA novels.

I still want to know what happens next. But I’m almost afraid to know because it’s so close to tipping into the realm of what’s been done multiple times already. Which is one of the issues I have with the YA genre that Kristin has done SO WELL to keep clear of so far.

I know it’s really hard (if not impossible) to come up with 100% unique stories these days. But this one is getting perilously close to the point of no return for me. And I REALLY hope it doesn’t go that way because I really did love the first one.

Please Kristin, do not go the way of Hunger Games, Divergent and The 100! Your story is so different, and it doesn’t deserve to be tarnished with those generic story lines!

Note: I still enjoyed those stories, I just don’t want to read another one that follows almost the same skeleton for the story and character development as so many other YA books.

I really felt like there was hope that Enora could be true to herself and what she believes in. Maybe she could be the driving force for change in a positive way.

At the same time, was I reading the vibes between Enora and Springer properly? Were they being set up to fall for each other and be a romance within the story? I kinda hope not.

I’m really loving the focus on the survival and the truth. So, I hope it isn’t ruined by an attempt to put some romance in there just coz it feels like there probably should be some romance to balance the sorrow that otherwise overpowers the story.

By the end of the book I was wishing Kristin took a different route for the story. Almost all my fears for the story and character development were realised.

Enora and Springer end up kinda being a couple, the rebel faction is possibly just as evil as the DMC so Enora and Springer decide to make their own way. Only to end up pretty much dead (but still alive) right at the end of the book and Enora doing something quite possibly, ridiculously stupid in an attempt to save their lives.

Sound familiar to anyone?

If you’re not sure, think about Katness almost shooting the rebel leader and at the last second shooting the evil president in Hunger Games. Not to mention her weird romance with Peeta. In Divergent, don’t Beatrice and Four leave the rebels and their home in the hope of finding something better when it turns out the rebels are as bad as their ruling council?

I don’t like drawing parallels between different stories. But every step this book took towards this feel I cringed. Kristin, it feels like you have so much creativity and some great ideas that are different to anything that’s happened before. Please bring this out in full force for Ander’s story!

I still enjoyed the story as a whole, there were just moments when I felt like those parallels were glaringly obvious. While at other’s it was still it’s own story with no other similarities that made me mourn right alongside Enora and Springer.

Thank you for reading and I hope you enjoyed this review, next week I will be reviewing Zoe Ashwood’s second Shifter novel Truth or Bear. 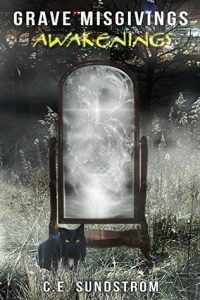