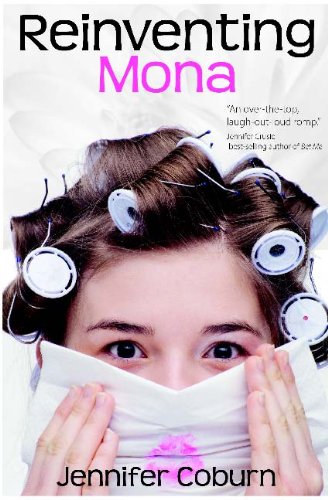 Contemporary Romance, Chick Lit
What’s new? Me, for starters… It all began when my job offered me a buy-out package. That’s when the realization hit: I’m young, I’m rich (thanks to a hefty inheritance), and I’m boring. Not “needs a little zip” boring, either. More like “mustard stain on a Sears tweed couch” drab. French’s in a squeeze bottle, that’s me. But suddenly I have Grey Poupon aspirations! Things are gonna change-starting now… Building a better mantrap… First things first: Exercise. Carrot juice. Straight hair. Whiter teeth. Clothes that fit (I have breasts? Who knew?) But wait-there’s more. Life’s kicked me around a bit, and I’ve been nursing my wounds for too long. I’m finally ready to take a chance on love with the perfect guy. He’s handsome. He’s smart. He’s reliable. He’s my CPA. Problem is, I’m clueless about winning him over. It’s time to call in an expert. It’s time to call in The Dog. Down, boy. Mike “The Dog” Dougherty is a man’s man. A guy’s guy. Okay, he’s a chauvinist pig, and his sty is “The Dog House,” a testosterone-charged column in Maximum for Him magazine. On one hand, I abhor all he stands for. On the other hand, who better to coach me? So here I am. Learning the complex unspoken language of the American male (Talk, bad. Sex, good.); trying exciting new things (Stripping lessons are empowering. Really.); falling for Mike. Uh oh. But the Mike I’m getting to know is different from The Dog. And the Mona I’m becoming isn’t quite who I expected, either. This whole makeover scheme is getting crazier by the minute. But “crazy” beats “boring”…right?

Welcome back all, I will be back at work by the time this post gets published and while writing this right at the start of my 2 week holiday (literally first thing I did when I got home was put a load of washing on, get some alcohol for the night and then sit down to finish this book!) I can honestly say I wish my holiday was longer.

I started this book only a few days ago and I really enjoyed it. This one follows a girl named Mona who is like a total introvert and has basically never dated. We start of the book hearing about how the guy she buys coffee from every morning can’t remember her order but can remember most other people’s order. That’s how nondescript she is. At this stage I kinda feel sorry for Mona. I mean, I’m kinda an introvert as well but never to the point that Mona is described as.

But the one thing Mona did that I can say I don’t have the guts to do, was to leave her job when redundancies were announced. I faced a similar situation only a few months ago (for context there’s at least 3 big companies in Australia doing the redundancy thing atm) and was petrified. I realised at this point in time that other than work and my boyfriend I didn’t really have much going on in my life and realised how boring I am. And yet Mona is in an even worse position in that she doesn’t even have a boyfriend.

So I have gota tip my hat to that woman for having the guts to realise when her life sucks and taking the bull by the horns to change the path her life was going down. After taking the package she hires a chauvinist pig to help her “woo” the guy of her dreams, takes a pole dancing lesson and starts taking boxing and singing lessons. the pole dancing was to introduce her to her sexy side, but the rest were all for her. Since she’s from a rich family I can see how the need for an income isn’t as stressful for her as it was for me. But those are still massive changes to make in your life.

Not only did she do those, but she found a whole new group of friends (or should I say 2 groups?) and turned her life around within 12 months. She really found herself, learnt to be comfortable with who she was and made something of her life. To read about how she did this really inspired me. Especially when the guy of her dreams professed his love and she didn’t instantly say yes to a marriage proposal. She did the smart thing whereby she said yes to dating him and seeing where it went. Just to make sure he was being sincere.

There were quite a few moments where I felt like doing a face palm because of how silly Mona’s moves were. But hey. She got to where she wanted to be in the end. Surrounded by family, being loved and being happy. It wasn’t quite the picture she had planned. But sometimes life takes those turns and you gota just roll with it and see where it takes you.

So I’m really glad this one focused on making yourself happy and while you’re at it finding the guy of your dreams. And when you find him, take it slow and make sure it’s real. I feel like too many people jump in too quickly and then they end up with a failed relationship where they’ve lost themselves somewhere along the way. Whereas with Mona, I don’t think that will happen.

I kinda wish there was more to this story but at the same time I really enjoyed how it ended and I can honestly say if another one of Jennifer’s books comes up for sale I would be happy to read them.

So until next week, I hope you’ve enjoyed this post. Don’t forget to like and comment if you enjoyed this one. I will see you next week with “An Unconventional Affair” by Mollie Blake.

This review contains affiliate links you can use to purchase the book. If you buy the book using that link I, or the author, will receive a small commission from the sale. This comes at no additional cost to you.
.com
.co.uk
.com.au
Book Depository
PrevPreviousDream Chaser – Sherrilyn Kenyon
NextAcheron – Sherrilyn KenyonNext

The worlds of photography, film and writing come together in an unexpected way that produces the unexpected!