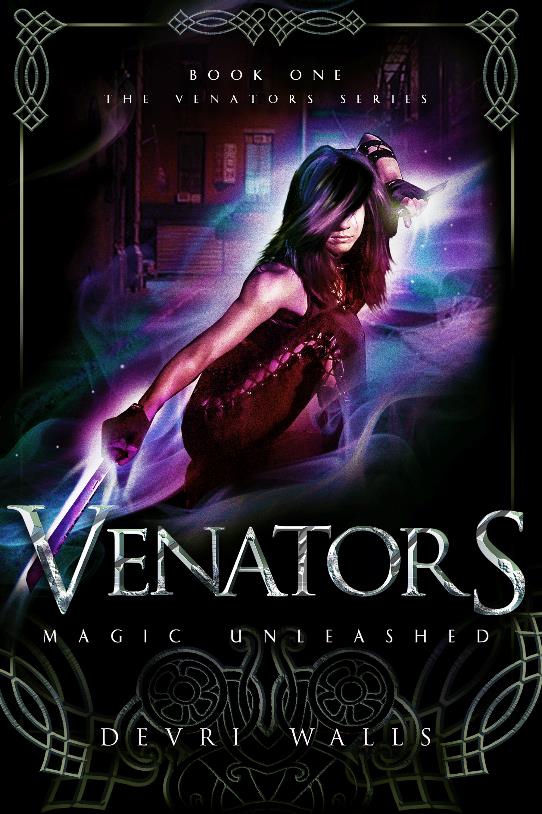 Venators
1
New Adult, Fantasy
Six years ago, Grey Malteer was attacked by creatures he thought couldn’t possibly exist. They repeated a word, calling him a name he’d never heard before…Venator. Since then, his life has been a hellhole of secrecy—hiding old pain alongside strange new abilities. Rune Jenkins has an itch, as she calls it, but it’s more than that. It’s an anger that builds up like the inside of a boiler whenever she’s around anything remotely supernatural. The pressure is growing steadily worse and she can’t understand why. All she knows is—her control is slipping. By order of an unknown council Grey and Rune are pulled through a portal in the St. Louis arch, landing them in an alternate dimension where creatures of myth and legend exist. A realm that calls them, Venators. Made up of centuries old fae, vampires, werewolves, elves and succubi the council’s corrupt nature becomes obvious as they seek to wield the newly returned Venators as weapons. Wedged in an impossible position, Grey and Rune must decide their fate—do they go against the council’s wishes and help the innocents of this unforgiving land, or face the possibility of execution by the council.

This review contains affiliate links you can use to purchase the book. If you buy the book using that link I, or the author, will receive a small commission from the sale. This comes at no additional cost to you.
.com
.co.uk
.com.au
Book Depository
PrevPreviousBreath of Passion – Lisa Kessler
NextAltered Carbon – Out of the Past ( Season 01 Episode 01)Next