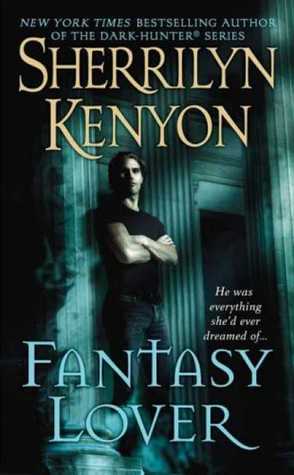 Dark Hunter
Fantasy Romance
Cursed into an eternity of slavery by his own brother, Julian of Macedon has spent centuries in hell, where the only respite he knows is measured in a handful of weeks whenever he’s summoned through an arcane spell. With the modern age, those summonings are becoming fewer and fewer, and he lives in fear of the day when they’ll stop for good. Grace Alexander doesn’t believe in much of anything. But when her “psychic” girlfriend talks her into performing the spell as a joke on her birthday, the last thing she ever imagines is it working. But work it does. Now, she finds an ancient Greek general in her living room and trapped in her life for the next month. Worse, they learn too late that part of the spell means Grace will lose her sanity should he return to his captivity. Now it’s a race against time to free him. Something much easier said than done, since it was the ancient gods who cursed him to his fate. And the last thing they want is to see him go free of the punishment the gods believe he deserves. It’s man against the gods, and a race against time.

Welcome to my first ever book review! I hope you enjoy it and I look forward to your feedback!

So this first book I’m reviewing is something of a fan favorite of mine and one I come back to as a comfort book. Now, I was introduced to this book when I was 20 and I tend to be quite loyal and sometimes biased with the authors I fall in love with so please keep this in mind! (I know there are some reviews that call Sherrilyn Kenyon’s writing simplistic and repetitive across the series but I still love them) This book is the first book in an ongoing series set in New Orleans (although the later books branch out a bit further) and is a supernatural/ paranormal romance series.

Grace and Julian are the center of this story that brings Greek Mythology to modern day New Orleans (roughly 2002). Sherrilyn opens the story with a Prologue dedicated to introducing you to a few of the Greek gods that will feature throughout the series, and Julian’s history.  After that, the story moves to be described from Grace’s point of view and will stay there for the remainder of the story. I feel like I have a kinship to Grace because she doesn’t believe in the paranormal or supernatural but WANTS to believe in all of these things and love.

The book starts off with a typical girl’s night in with pizza and wine on Grace’s birthday where Selena convinces Grace to try this mystical ritual which she believes will summon a Greek god. When this doesn’t happen, Selena is soon picked up by her mundane husband. However, that leaves Grace to deal with the real live Greek demi-God that’s appeared in her living room.

Grace being the kind, giving type of person she is takes in Julian and tries to find out more about him and how to rescue him from his current sex slave existence. This includes teaching him to read and write in moderns English, how to interact with people again and she even attempts to teach him how to drive (although we learn in later books that teaching Julian how to drive never quite takes…).

Initially when I read this book I really connected with Julian as I felt like a bit of a social outcast. I only knew one other person roughly my age who liked to read and I never really FIT in with any group. And this is exactly how Julian feels. He exists in the world, he understands the world but he’s not really a part of it.

However, no matter how lost or lonely he feels Grace keeps trying to include him in her social activities and modern America. Because of this Julian calls on one of his brothers “Cupid” or “Eros” to help him. After Eros meets up with him and realises what one of their half-brothers has done to Julian he finds their mum Aphrodite and figures out what Julian needs to do to escape his current torturous life.

Turns out he needs a “woman of Alexander” to free him. Good thing Grace’s last name is Alexander! Except the other problem is Julian can’t have sex for the whole month he’s been called to the human real for. Until the last night where Julian and Grace need to stay joined until sunrise the morning after Julian is meant to leave at which point he is then freed.

During this month Grace refuses to leave Julian locked up and wants to share her world with him, however he’s reluctant to do so until he learns of her painful past. But he doesn’t do anything about this until Grace is being harassed by this guy, at which point he proceeds to knock him out. What girl doesn’t fantasise about her current boyfriend who is hot as compared to her ex taking on her ex and winning making him feel like an idiot? This particular scene really made my girl hormone scream “GO JULIAN” like nothing else could.

Throughout this book I really felt like I was tuning in to Grace’s more feminine feelings which at the tender age of 20 was a brand-new thing to me. It still kinda is all these yrs later at 27! I really struggle to connect to this side of my psyche which is why I think I’m so drawn to this style of writing. I acknowledge the female feelings and thought process without shelving us as completely emotional beings with no ability to think logically.

Throughout Grace and Julian’s struggles to free him from his half-brother’s curse they will mix with Julian’s Godly family. This includes Athena who resets the clock to force Julian to accept Grace’s help, as well as Aphrodite herself to give Julian all the papers he needs to successfully assimilate into Modern day America without having to explain his immortal heritage.

At the time when I first read this book I needed an escape from the crazy life that is living on campus in a uni dorm. For an only child I found constantly being around people hard, and their lack of understanding when I would want to read to escape it all even harder. My books were my only escape to allow me to feel “normal”. And even then, it took a while to get to the point where I felt comfortable enough telling my friends “no” just so I could read. But I’m really glad I learnt this lesson before reading this book because I love it’s whole series and the way that I can just lose myself top it’s world and descriptions means I can forget about my current life and stresses.

And this is why I read.

Over the coming reviews/ recaps I will be exploring my emotional responses to books that I went into blind without remembering what they were about. Like legit, not even knowing what age/ era they are set in. I look forward to hearing what you have to say so please comment below!

Finally, if you’d like to keep up with the books I’m reading, next up with be “47 Things” by Lilliana Anderson.

This review contains affiliate links you can use to purchase the book. If you buy the book using that link I, or the author, will receive a small commission from the sale. This comes at no additional cost to you.
.com
.co.uk
.com.au
Book Depository
PrevPreviousThe Journey Begins
Next47 Things – Lilliana AndersonNext

The final instalment of the Lisa Miller trilogy is finally here! I was left on a cliffhanger that I hated, will I love or hate the final ending?

What did I think of the sequel to After the Green Withered? Well you’ll have to click and read to find out!

The Autobiography of Satan – William A Glasser

Welcome back and a Happy New Year everyone, this is the first book I am reviewing from a new source, and in the new year