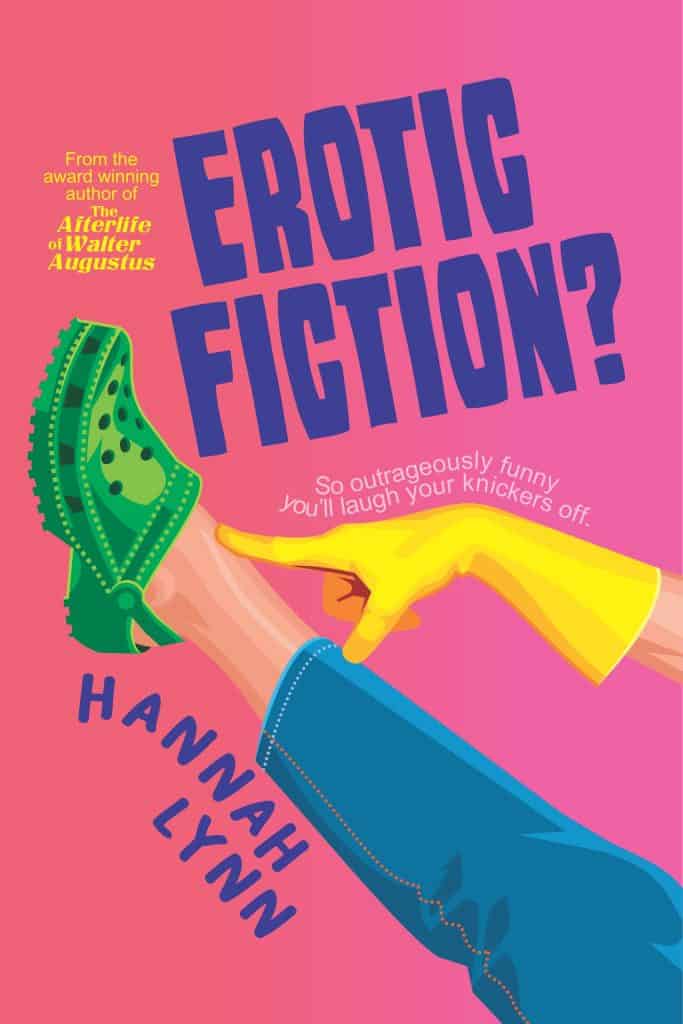 Rom Com
There’s nothing sexy about her humdrum life as a mum. But is her husband’s crazy scheme a bit too exciting? Sarah’s mind-numbing housewife existence is turning her brain to mush. With her third bun in the oven, this British mum is drowning under a mountain of playdates, bills, and head lice checks. But her man’s get-rich-quick idea of writing steamy novels isn’t her ideal way to dial up life’s passion. Drew desperately wants a break from Sarah’s whinging. And if that means researching how to write racy books all by himself, then he’ll make the sacrifice. But as he finally warms Sarah up to the sultry side hustle, their R-rated private project gets publicly exposed… With an office scandal brewing, it’s only a matter of time before gawking workers and a perfectly nosy PTA president turn them into social pariahs. Can Sarah and Drew earn some extra income from sizzling lit without falling prey to stiff gossip?

Welcome back everyone, are you getting tired of all the tours yet. No? Great! Coz I have another one for you today.

Sarah and Andrew have been married for long enough to have a 5 yr old, 3 yr old and another one on the way. And let’s just say life hasn’t been all that kind to them financially. And this is the story of how they find their way back together and through their financial issues.

The main message I felt throughout this story was that of open communication and trust. It’s not like Sarah and Andrew don’t have honest conversations. It just felt like there was room for improvement in their communication overall.

Little things like how they felt about their house, how to try and make more money etc just didn’t quite line up between the two of them. Those are kind of important to get right in relationships. Those kinds of breakdown in communication can cause so many issues.

We even see this play out a little bit. Amongst other funny anecdotes. The post office one (you’ll know if when you read it) had me going “How is that the policy?!” I mean, I’ve gotta assume the whole “12 hours” thing was totally made up coz working people would never be able to meet that timeline.

For a quick, easy read that’s got some moments to laugh at this is a great book. I didn’t feel like there was a lot of depth or need to concentrate too much so it’s great for a break from life.

Thank you for reading and I hope you enjoyed this review, tomorrow I’m reviewing the final instalment of the Lisa Miller trilogy, Fateful Coincidence by Lasairiona E. McMaster. Continue to read further down to find out about the author and any extra giveaways available.

Hannah Lynn is an award-winning novelist. Publishing her first book, Amendments – a dark, dystopian speculative fiction novel, in 2015, she has since gone on to write the multi award winning The Afterlife of Walter Augustus – a contemporary fiction novel with a supernatural twist, Fiona and the Whale – a thought provoking romantic comedy and the delightfully funny and poignant Peas and Carrots series.

While she freely moves between genres, her novels are recognisable for their character driven stories and wonderfully vivid description.

She is currently working on a YA Vampire series and a reimaging of a classic Greek myth.

Born in 1984, Hannah grew up in the Cotswolds, UK. After graduating from university, she has spent twelve years as a teacher of physics, first in the UK and then around Asia and Europe. It was during this time, inspired by the imaginations of the young people she taught, she began writing short stories for children, and later adult fiction. Now as a teacher, writer, wife and mother, she is currently living in the Jordan.

I did a cover reveal of this and the story lived up to expectations in a different way to what I expected.

The next instalment in the Shift series, this time following Emilia’s cousin Claire and her love interest Nik.