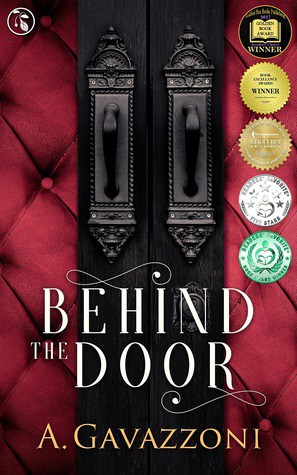 Hidden Motives
1
Erotica, Suspense
When Lara dies at the hands of a Manhattan lawyer during a sex game, his defense attorney, Carl, hires Simone, a psychiatrist, professor and author of books on sexual behavior to help him buttress his argument that Lara’s death was accidental. To help his defense, Carl’s client has written a detailed account of his steamy, year-long relationship with Lara. Carl gives the text to Simone for analysis. While evaluating the presumed killer’s writing, Simone continues to receive psychiatric patients with sexual disorders and unusual fantasies, and to research strange sexual behavior for her next book. Meanwhile, Simone’s clinical partner, friend and research colleague, Edward, is working with the police to capture a serial killer who is torturing and killing women. From hot and unusual sex and interesting psychiatric patients, to the swing houses of New York and Paris, this fast-paced page-turner is a blend of mystery, suspense, humor, romance and erotica.

A Gavazzoni contacted me to read this book and I’m really glad she did. I’m not sure if she’s read my blog, but if she has I can see why she thought I’d enjoy it. Yes it had some graphic sex scenes in it (be prepared for way more than Fifty Shades of Grey). However the focus of this book was the psychology behind the characters which is something I really enjoy. Even in my job I love to be challenged. I even commented that I was getting bored at work recently because it was all making sense and I had to quickly get some easy stuff done due to a really tough deadline.

With the boring work having to be done I found myself constantly thinking about what could possibly be driving these characters, why were they reacting in certain ways? How were they all linked? Why did my gut tell me that such and such a character had more to them than it sounded like? So this definitely kept my mind active when I really needed it.

We start off this book with Simone who is a psychiatrist lecturing in New York and was interrupted by a lawyer; Carl; which I thought was odd. Lawyers don’t tend to hang around those types of conferences, and if they do want to speak to a psychiatrist then they’d make an appointment or call them to their office. Then when he didn’t pressure her to drop everything and focus on what he needed to meet his court deadline, it made me wonder what was going on. Not that you’ll find out until right near the very end!

Due to Carl approaching Simone to help him with his court case the book takes two different approaches. One is Mark’s story about Lara which he has written as a manuscript while the other is the murders happening in Simone’s home town that start to impact her in her day to day life and her psychiatry practice. At this point I started to wonder if the two stories were intertwined or if this was just the beginning of a series to really explore both avenues.

I won’t go into what happens in this story too much because I think it’d ruin the intensity for you. But basically someone starts murdering women in Simone’s home town while she’s working on the manuscript Carl gave her. The murderer even leaves a dead body on Simone’s doorstep which freaks everyone out. And eventually Simone is kidnapped and tortured by the murderer. While held by them she figures out who they are and is able to report them to the police when she is rescued days after her kidnapping took place.

Meanwhile we get to read Mark’s manuscript alongside Simone (this is where all the graphic details are) to find out what actually happened between Mark and Lara. Mark sounds like a decidedly normal and kinda boring guy, while Lara sounds like she has a LOT of mental issues that have been left unresolved that she doesn’t seem to want to work on. Simone diagnoses her as sadomasochistic with ADHD tendencies that resulted in an addiction to adrenaline. That addiction is what seems to control her life as we know it and ends up being what killed her.

The thing that I really liked about this book that a few other books I’ve read recently hasn’t really done when talking about these kinds of topics is that it showed the bad as well as how to combat it. Yes, Lara’s mum was awful and sold her off and didn’t act like a mother should. However her friends and the rest of her family supported her in any way that they could, including supporting her to leave those situations. Unfortunately for her it seems it was all too late to “fix” what happened, but it was good to hear about others that are willing to do the right thing. Including getting restraining orders, which I feel many people in those situations are too scared to do. I also liked the fact A. Gavazzoni explored how these events impacted those around Lara which is something most people tend to shy away from.

So although the sex scenes were a bit too graphic for my liking, I really liked the fact that Simone then explored the psychology behind these behaviours. In these situations it’s the psychology, the thought process and the analysis that really gets me involved and hooked. And A. Gavazzoni nails this aspect of her writing and I love it. I got so hooked on the what and why the events occurred that I almost ditched my boyfriend on a Friday night to finish the book! Which is unheard of for me, especially since it was game night for my footy team which I always watch.

If you like brain teasers and can get through the sex scenes I think you’d really enjoy this book just like I did.

Thank you for reading, next week I will be participating in another Book Tour, this time with a brand new release called “One Summer Weekend” by Juliet Archer. I look forward to seeing you then.

When you think it’s a romance and then get hit with all the feels.